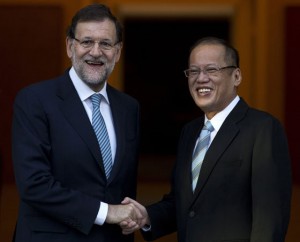 TO President Benigno Aquino 3rd, the worsening traffic condition in the country should not cause distress because it is a sign of economic progress.

During his meeting with members of the Filipino community in Spain on Sunday, the President said so much had changed in the Philippines in terms of infrastructure and business opportunities so that overseas Filipino workers (OFWs) can now find jobs at home.

“Even traffic, it changed. It worsened,” Aquino said, eliciting laughter from some 70 Filipinos who attended the meeting.

He attributed tighter traffic flow to growth, especially the increase in the number of people who are now in the Business Process Outsourcing (BPO) industry, or the call center business.

The President said one can easily buy a car for only P500,000 with a monthly amortization of only P5,000.

“In the [BPO] sector, there are 500,00 directly employed. There are three companies [that] are in the car sales business. It’s now easy to buy a car,” he added.

According to the President, traffic is caused also by the fact that car sales far outpace the construction or widening of roads around the country.

“When you come home and you’re caught in traffic, just remember that people are running errands, not just loitering around. That is a sign of economic growth,” Aquino said.