The business of ‘Kuya J’ 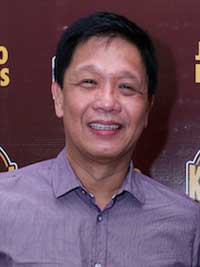 FROM “homegrown” to “universal.”

This is the unique business model of Cebu-based entrepreneur Winglip Chang, president and chief executive officer of iKitchen Inc., for what he hopes to be the next big restaurant chain of Filipino cuisine in the country, Kuya J.

Kuya J is a homegrown Cebuano eatery, which currently has 18 restaurants across Luzon and Visayas, the latest of which is now up and running at the basement of SM Mega Mall A in Ortigas Center.

Each branch fitted with bright and sophisticated interiors, while serving well-designed and well-executed native dishes that cut across regional palates, the Kuya J of today, according to its diligent owner, is a far cry from its original concept in 2005.

“Kuya J was owned by—well—a man named Jay in Cebu who has already migrated to Canada,” Chang began with a knowing smile. “The business started 10 years ago as a hole in the wall; essentially, it was a carinderia. But after we acquired it, we turned it into a restaurant, developed the menu, built it up slowly, and generated quite a following.”

Initially, the reinvention of Kuya J was done in Cebu, but under the leadership of Chang—who is credited for managing two of the Queen City of South’s major business enterprises 101 Restaurant City, Inc., and the renowned Grand Convention Center of Cebu, which houses three restaurants, namely Grand Majestic, Isla Sugbu Seafood City, and Tsay Cheng—it comes as no surprise that he aims for wide-scale expansion.

“The Kuya J before is not the same as the Kuya J now. We retained the name because we felt that the brand is something we could use and own. We wanted it to represent somebody who is a big brother--somebody who cares to do it right.

“Essentially, that is Kuya J,” he continued. “But when it was established as a chain, we wanted to serve Filipino food that was universal in taste, better in taste and better presented. We took pains to make sure that every detail in the restaurant is well chosen and executed, beginning with the food, the interiors, and even the quality of our menu.”

Impressively presented like a high-end catalogue rather than a casual dining menu, what is more important is that its contents when served at the table do not disappoint.

Its universal best sellers are the creamy Grilled Scallops, Crispy Pata, which is cooked in an upgraded fryer, Pochero Tagalog in a tasty broth; Kare-Kare made from scratch, “with actual nuts rather than just peanut butter;” and the Fried Halo-Halo and Tablea Flan.

According to Chang, his team continuously develops the menu, and regularly determines which dishes their diners like or not.

“We have a sophisticated information system that does this,” revealed the expert restaurateur who keeps an open mind in running and improving his businesses even with a solid 30 year experience in the industry. “We have to make sure the food is consistently good, and of course that goes from preparation all the way to our service.”

In the next two years, Chang aims to open 200 Kuya J branches nationwide, 20-percent of which is already due for completion by the fourth quarter of the year. Systematic and thorough in every company he heads, the Cebuano entrepreneur is confident he will be able to maintain the quality he has established in the homegrown brand even in a large-scale operation. Why so? Because like “big brother J,” he always strives to do everything better.