BEIJING: Beijing will start construction this year on Panatag island in the West Philippine Sea (South China Sea) as it seeks to project its power in the disputed waters, Hong Kong media reported on Monday. 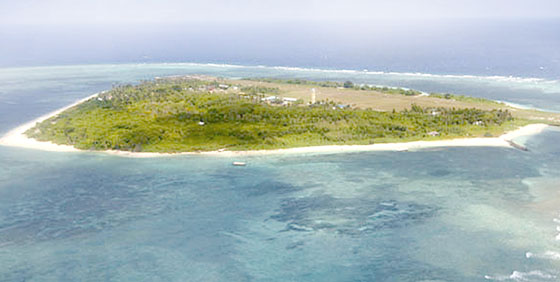 Panatag, also known as Scarborough Shoal, is within the Philippines’ exclusive economic zone.

China will establish an outpost on Scarborough Shoal, 230 kilometers off the Philippine coast, the South China Morning Post (SCMP) newspaper cited an unnamed source close to the People’s Liberation Army as saying.

Beijing claims nearly all the strategically vital sea, despite competing claims from several Southeast Asian neighbors, and in recent months had developed contested reefs into artificial islands, some topped with airstrips.

Manila claims Scarborough Shoal but says China took effective control of it in 2012, stationing patrol vessels in the area and shooing away Filipino fishermen, after a two-month stand-off with the Philippine Navy.

The SCMP cited the source as saying construction at the outpost will allow Beijing to “further perfect” its air coverage across the South China Sea, suggesting it plans to build an airstrip.

At a regular news briefing, foreign ministry spokeswoman Hua Chunying said she was not aware of the report but the area was China’s “inherent territory.”

Beijing will “adopt the necessary measures to resolutely protect China’s sovereignty and legitimate rights and interests,” she added.

The report comes ahead of an international tribunal ruling, expected within months, on a case brought by the Philippines against China over the South China Sea.

It also follows an announcement by the US and the Philippines that they will launch joint naval patrols in the sea.

The construction plans were likely to be accelerated in light of the upcoming ruling from the Permanent Court of Arbitration at The Hague, the newspaper cited the source as saying.

“China should regain the initiative to do so because Washington is trying to contain Beijing by establishing a permanent military presence in the region,” the source said.

Washington has sailed ships close to islands claimed by Beijing, accusing China of militarizing the South China Sea and deploying missiles in the area.

Hua said the recent patrol flights in the area by the Philippines and the US were “deserving of suspicion,” urging “some countries” active in the region to exercise restraint and “make cooperative efforts with China.”

Beijing admits building military-capable airstrips and deploying unspecified weapons on some of the islands but insists US patrols have ramped up tensions.

As well as China, the Philippines, Vietnam, Malaysia, Brunei Darussalam and Taiwa n have claims to parts of the sea, which are home to some of the world’s most important shipping lanes and believed to sit atop vast oil reserves.

Early this month, Philippine Ambassador to Washington Jose Cuisia Jr. shared a report from US Navy disclosing that in March, a Chinese survey ship was spotted on the shoal, which the Philippines also calls Bajo de Masinloc, in what could be a prelude to Beijing’s attempt to turn the shoal into its eighth artificial islet.

Cuisia had admitted that the Philippines “does not have the capability” to stop China from reclaiming Panatag.