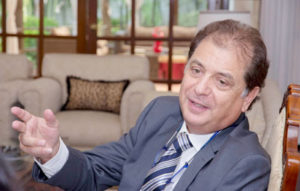 ‘Our general duty and function is to promote relations in all fields but for me, the most significant one is culture because it is a very important means in building bridges between nations,’ the diplomat expresses

After coming back to the Philippines as the ambassador, he discovered more interesting cultures existing in different islands of our country.

“I love the sea and I’ve been diving in many diving spots in the Philippines like Mindanao, Palawan and Puerto Galera, among others. Visiting these amazing places, I also discovered the rich culture of the Philippines which sets it apart among other countries. I also found out the common culture that the Italian and the Filipinos are practicing especially, love for food, family ties and religion,” he explained.

Since 2013, Roscigno has tried to focus on people-to-people relations, while continuingh projects for cultural exchange.

For him, what he is doing now is just a fulfillment of his dream to serve his country and to be of service to all the countries that his country Italy choses to build bilateral and trade relations with.

His father also works as a diplomat of the Ministry of Foreign Affairs of Italy, and Roscigno realized early how important this profession is in the development of nations.

“When I was in college, I studied courses that were to lead me to Foreign Service,” he explained.

“Our general duty and function is to promote relations in all fields—political, trade, and culture—but for me, the most significant one is cultural because it is a very important means in building bridges between human beings and nations,” he said summarizing the importance of diplomacy and how be a professional diplomat.