THE Australian government is set to send two surveillance aircraft to assist the Philippines in its fight against Islamic State (IS)-linked militants in Marawi City, a move welcomed by Malacañang and the Defense department on Friday. 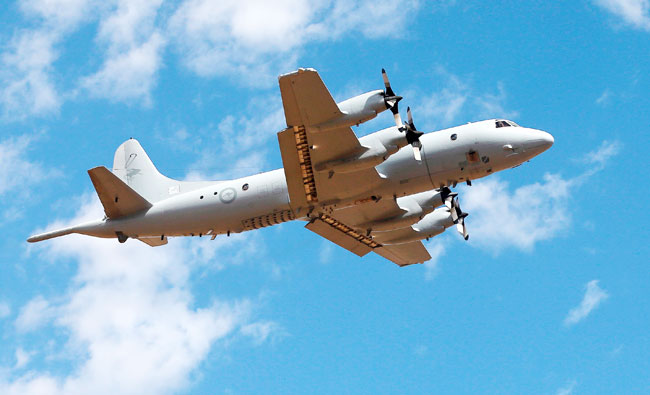 The versatile AP-3C Orions usually patrol maritime borders and played a prominent role in searching for the missing Malaysian Airlines plane MH370, which went down in the remote Indian Ocean off Australia in 2014.

“The regional threat from terrorism, in particular from Daesh and foreign fighters, is a direct threat to Australia and our interests,” said Australian Defense Minister Marise Payne, using an Arabic acronym for IS.

“Australia will continue to work with our partners in Southeast Asia to counter it,” she said.

In Davao City, Palace spokesman Ernesto Abella said: “[W]e would gladly welcome any form of foreign assistance allowed under our Constitution to help suppress the rebellion in Marawi.”

“Our Defense officials are in close coordination with their Australian counterparts in the latter’s offer of providing surveillance support to the Armed Forces of the Philippines,” he told reporters.

Philippine troops will benefit from Australia’s airborne surveillance “any time of the day, thereby improving operations on the ground,” he noted.

As soon as the AFP and the Australian military finalize operational details, the AP-3C Orion aircraft “will immediately assist in the ongoing operations” in Marawi City, he added.

“The operation of these aircraft will not require the embedding of ADF personnel with Filipino troops on the ground,” he clarified.

Payne recently spoke with her Philippine counterpart, Lorenzana, about how Australia could help and “we agreed the best way to defeat terrorism in our region is for us to work together.”

“So having these capabilities, it could be used in any military operation, not just Marawi, but of course in all other operations in Mindanao,” he said.

The IS-affiliated Maute group has been fighting government troops in Marawi City since May 23. The clashes prompted President Rodrigo Duterte to declare martial law in Mindanao.

The United States had also offered to help in government forces’ operations against local terror groups in the region.

The military earlier confirmed the presence of American troops in Marawi but clarified that their participation was limited to the sharing of intelligence.

WITH DEMPSEY REYES AND AFP