LAOAG, Ilocos Norte: Gov. Imee Marcos said there were no ghost projects in connection with her use of tobacco funds, a subject of investigation by the House of Representatives, pointing out that the lawmaker behind the probe, Rep. Rodolfo Fariñas was with her during the distribution of the vehicles purchased using the special fund. 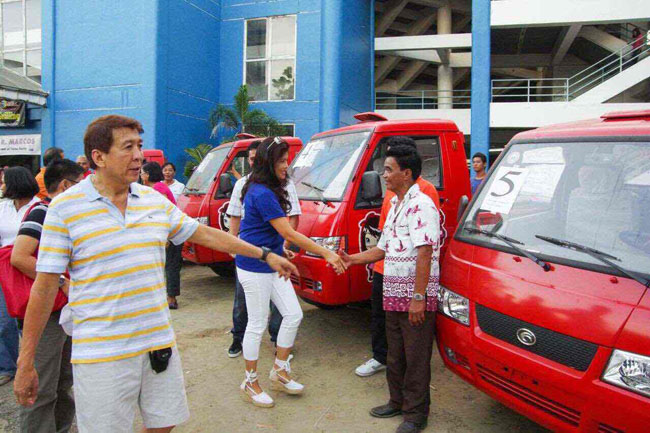 ‘HE WAS WITH ME’ Photo from Ilocos Gov. Imee Marcos shows Rep. Rodolfo Fariñas joining the distribution of vehicles funded by tobacco funds to village chiefs. Marcos denies Fariñas’ claims of irregularities, claiming the latter was playing politics.
Already have an active account? Log in here.
Keep reading with one of these options:
Premium Subscription
Less than P 71 per month
(billed annually at P 850)