By JEFFERSON ANTIPORDA and TMT
September 14, 2017

THE Department of Transportation (DOTr) will return all 48 new light rail coaches procured by the previous administration from Dalian Locomotive and Rolling Stocks Co. for P3.8 billion if a third party qualifier will conclude that the trains are unusable, according to Undersecretary Cesar Chavez. 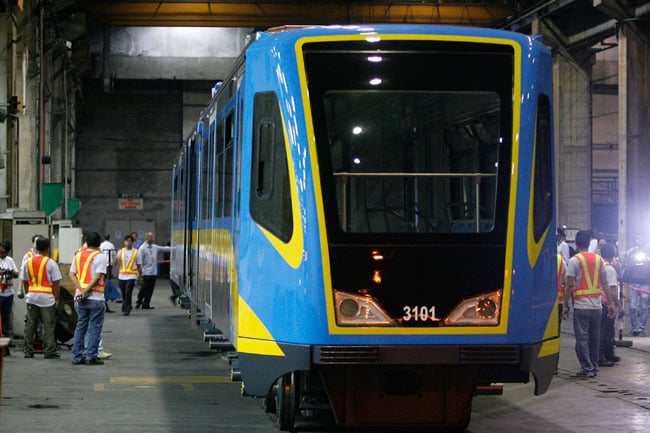 The agency had sent letters to four international certifiers asking them to study the coaches and determine whether they could be used by the Metro Rail Transit (MRT).

Chavez said they expect to get the analysis by the end of the year.

“We expect the results after three months from the notice to proceed and therefore before the end of the year we will know if we will return the coaches to China,” he said.

The coaches were procured under former Transportation Secretary Joseph Emilio Abaya as part of the MRT3 capacity expansion project. Although Dalian delivered the coaches in 2016, not one has been used because of issues on the signaling system and compatibility.

Chavez said the option for the department is to return the coaches to China and have the supplier fix all the issues.

“They have to fix them. The contract states that coaches that would be delivered should be compatible with the existing depot facilities,” he added.

Senator Grace Poe welcomed the department’s decision to get an independent audit of the China-made trains.

“An independent auditor should come in,” she said, pointing out that should the government returns the light rail vehicles to China, “the Philippines will not be faulted without legitimate reasons behind it.”

Poe said it was very clear that the previous administration bought trains that were not compatible with the MRT facility.

The MRT-3 rails can carry a maximum of 48,000 kilograms (kgs), but the Dalian trains weigh heavier at 49,000 kgs per coach, which may put a strain on the rails.

Chavez said out of the P3.8-billion contract cost, only P800 million have so far been paid by the Philippine government.

DoTr Secretary Arthur Tugade said they are reviewing documents and currently building up cases against those involved in the fiasco.

“We should learn a lesson from this. This is about who should be accountable. We should file cases against those people,” said Poe, who heads the Senate committee on public services.

Sen. Joseph Victor Ejercito, vice chair of the public services committee, said the riding public still have to wait for months before they could get relief from the glitches that have been bugging the rail system.