By Mayvelin U. Caraballo , TMT and CHARISSA MAE NEMIS
October 9, 2017

A developer claiming to be the original proponent of the Clark International Airport expansion project plans to go to court to force the government to resume negotiations.

“If they (the government) chooses not to talk to us, the law is very clear — you cannot change the rules after you award [a project],” Philco Aero Inc. Chairman and CEO Ricardo Penson told The Manila Times.

“[Petitioning for a] TRO (temporary restraining order) pains us but we in the private sector need to assert our right,” he said.

Documents provided The Times show that Philco Aero’s unsolicited proposal for a $177-million project was accepted by the Clark International Airport Corp. (CIAC) on May 17, 2010. 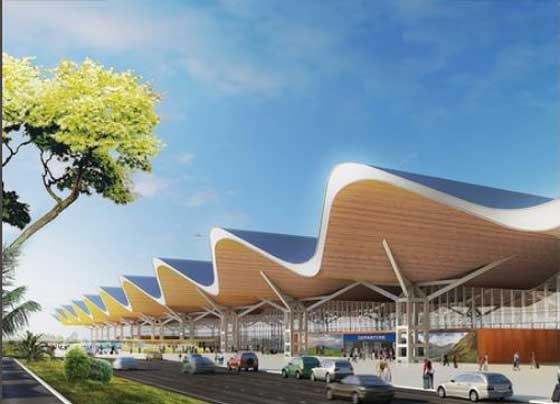 In a notice, then CIAC President and CEO Victor Jose Luciano said the firm’s proposal for the DMIA Passenger Terminal 2 Development Project had been accepted for detailed negotiations in accordance with rules governing competitive challenges public-private joint ventures.

“In this regard, the Joint Ventures Selection Committee (JVSC) of CIAC will meet with you to negotiate on the legal, technical and financial aspects of the proposal and determine the eligibility of your consortium to enter into this Joint Venture activity,” the notice of acceptance states.

Some two months later, or on July 9, 2010, Philco Aero received a Notification of Start of Detailed Negotiations from the JVSC, which said that pursuant to 2008 joint venture guidelines and as directed by the CIAC board, talks would be held on the consortium’s eligibility and also the technical and financial aspects of its unsolicited proposal.

The Department of Transportation and Communications (DOTC) was also informed by the CIAC board about the negotiations with Philco Aero and the firm was said to have the superior offer based on a comparative presentation of submitted proposals.

“It was already awarded to us, and then there was a Swiss challenge and a Malaysian company challenged it and then nothing happened. They wrote to DOTC and said that the Penson & Co. proposal is much more superior than the Kuwaiti or the Malaysian proposal. But they chose not to act on it anymore,” Penson claimed.

He said Philco Aero met with the JVSC three times and complied with all the requirements, after which they asked for further negotiations in February 2011.

“The board released a resolution saying proceed with PhilCo Aero for the project. And then nothing happened because the new president came,” Penson said referring to the 2010 election of President Benigno Aquino 3rd.

Penson said the new CIAC board recommended the termination of negotiations with Philco Aero for two reasons: the need for a new masterplan and location change, and a government decision that the project be conducted on a solicited bases or via official development assistance (ODA).

This prompted Philco Aero to write a letter demanding the resumption of negotiations to newly appointed CIAC Chairman Nestor Mangio, claiming that that CIAC could not legally drop the proposal.

Citing joint venture guidelines issued by the National Economic and Development Authority (NEDA), Philco Aero said parties were only given 30 days to complete negotiations and that six months had already lapsed since talks had begun.

It said a Certificate of Successful Negotiations should have been issued to Philco Aero.

“To change the rules and plans midway would be, to say the least, unfair if not illegal,” the firm claimed.

In reply, however, CIAC confirmed that its board had ordered the termination of talks due to a new land use policy for the airport and an Aquino government policy that public biddings would have to be conducted for public-private partnership projects.

Philco Aero filed a motion for reconsideration before the CIAC board in August 2011, saying the termination was done in bad faith and violated Philco Aero’s rights and privileges as guaranteed by NEDA guidelines and the Build-Operate-Transfer law.

The Clark International Airport expansion project is now being implemented by the Department of Transportation (DoTR) and the Bases Conversion and Development Authority (BCDA) under the Duterte government’s “Build Build Build” program.

With other developers setting their sights on bagging the deal, Penson said his firm would have to seek a TRO to stop the government from awarding it to a rival or financing it through official development assistance.

“Inasmuch as both DoTr and CIAC--past and current--chose to ignore our motion for reconsideration duly received by them, we have conferred with our counsels and deduced that should they clearly proceed with the bid process we have to protest,” he said.

Penson said Philco Aero had also requested the office of Transportation Secretary Arthur Tugade to review the shelved project but failed to get any response.

Once the TRO has been granted, Penson said Philco Aero expected to resume negotiations for the project.

“We wait for their next move. We know government … will try to simply brush us aside. This is brazen bad faith. Official arrogance should have no place in this current dispensation,” he said.

The delays, he claimed, have cost Philco Areo almost a billion pesos.

“We have to keep selling our own shares to keep us going, because we still see hope that the projects have been awarded and we should do the project. We have invested too much in trying to find a very credible and highly efficient project for our people and this is what’s done to us,” he said.

For its part, the BCDA said its subsidiary, CIAC, had never given “original proponent status” to Philco Aero.

“Its unsolicited proposal to develop the Clark Terminal 2 project submitted in December 2009 was only subjected to detailed negotiations that resulted in the recommendation in January 2011 to reject the proposal,” it said in a statement forwarded to The Times.

“CIAC found drastic changes in the original terms and conditions of the submitted proposal of Philco Aero Inc. that are not acceptable and not responsive to the overall objectives of CIAC in pursuing the proposed joint venture project, among others,” the agency added.

The BCDA said the project’s nature had changed since 2009 and there was already a new masterplan for Clark.

The agency added that Tugade and BCDA President Vince Dizon both said that Penson was free to file for a restraining order.

“However, they noted that he should be ready to fight the entire government because there is no stopping the development of Clark International Airport,” it pointed out.