The day Kobe Bryant debuted as an NBA player

The date was November 3, 1996, when Kobe Bryant made his official NBA debut in the Los Angeles Lakers’ game against the Minnesota Timberwolves and sophomore pro Kevin Garnett.

Few in the crowd would have guessed they were looking at history when the 17-year-old fresh from high school Kobe played six minutes, finishing with 0 points, 1 rebound, 0 assists, 1 block, 0 steals, 1 turnover, 1 foul and just 1 attempt from the floor. 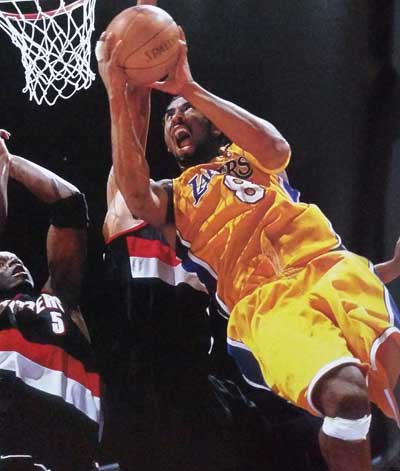 You could say Kobe, the son of a former NBA campaigner Joe Byant, had a slow, unimpressive start in first five games as a pro, a far cry from his credential as a successful high school basketball career at Lower Merion High School in Pennsylvania

He led the NBA in scoring during two seasons, and ranks third on the league’s all-time regular season scoring and fourth on the all-time postseason scoring list. He holds the NBA record for the most seasons playing with one franchise for an entire career, and is widely regarded as one of the best basketball players of all time. Bryant was the first guard in NBA history to play for at least 20 seasons.

As a rookie, Bryant earned for himself a reputation as a high-flyer and a fan favorite by winning the 1997 Slam Dunk Contest, and he was named an All-Star by his second season. Despite a feud between them, Bryant and Shaquille O’Neal led the Lakers to three consecutive championships from 2000 to 2002.

At 34 years and 104 days of age, Bryant became the youngest player in league history to reach 30,000 career points and 6,000 assists. He became the all-time leading scorer in Lakers franchise history on February 1, 2010, when he surpassed Jerry West. Following his second year in the league, Bryant was chosen to start every All-Star Game until his retirement for record 18 consecutive appearances.

His four All-Star MVP Awards are tied for the most in NBA history. At the 2008 and 2012 Summer Olympics, he won gold medals as a member of the U.S. national team. Sporting News and TNT named Bryant the top NBA player of the 2000s.

NBA Commissioner Adam Silver considers him as “one of the greatest players in the history of our game.” The New York Times wrote that he had “one of the most decorated careers in the history of the sport.” Reuters considers him “the best player of his generation,” while both Sporting News and TNT named him their NBA player of the decade for the 2000s.

Bryant led the NBA in scoring during the 2005–06 and 2006–07 seasons. His 81-point performance against Toronto in 2006 was the second highest in NBA history, behind only to Wilt Chamberlain’s 100. He had scored at least 50 points 24 times in his career, which is third in league history behind Jordan (31) and Chamberlain (118); six times Bryant scored at least 60.

His 18-time All-Star appearances, ranks second behind only Kareem Abdul-Jabbar’s 19. He has been chosen a record 18 straight times, each time as a starter. On four occasions (2003, 2011, 2013, 2016) he was the leading vote-getter. Four times Bryant was named the All-Star MVP, a record he shares with Bob Pettit.