The rise of the 4D toy kingdom of Generation Z

Today, high-tech toys and games previously unimaginable are realities within reach by a touch of a button in what has become a $100 billion industry — from remote-controlled dolls and drones to a wide array of playthings operated by Android or iOS devices. 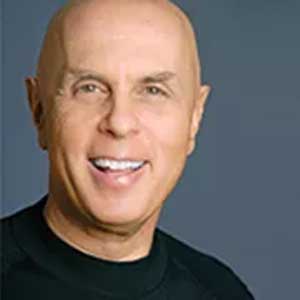 Richard Gottlieb, CEO of Global Toys Experts, a global consultancy, and publisher of Global Toy News, the industry resource for toy news, trends and analysis of the business of play

Driverless cars with passenger seats facing one another are already making family travel as comfortable as hanging out in the family room. This could create demand for play activities while on the road, such as kids’ crafts or jigsaw puzzles, said Gottlieb in a presentation at a trade fair conference on the subject “Evolving with the Industry: Hot Trends in the Toys Industry.”

A separate Times research finds Volvo, Tesla and BMW as among the high-end car manufacturers now building their future manufacturing strategy around driverless cars, which they see shaping the future of driving. Other major car manufacturers from Mazda to Maserati are also investing in R&D to design their own self-driving cars.

Moreover, the speed of globalization has begun setting the pace for the delivery of toy products to the market.

“Our sense of time has collapsed,” Gottlieb said, explaining that everything now seems to move faster as an effect of globalization. “Now Amazon offers 24-hour delivery of the products advertised on its website. So, what does that mean for us (in the toy business, in terms of the delivery of our products to the market)?” he posed the question to challenge toy manufacturers present among the audience.

Marketers in the business aim their strategies at the Gen Zers, who rule the trend in the toys-and-games industry of today. Gottlieb describes this segment as kids 18 years old and below, a multiracial, multicultural bunch carrying multiscreen phones (at least five screens), with short attention spans.

“They don’t think in terms of genders. They want to be experts in what they do. I think in terms of what it means for the toy industry,” Gottlieb said, and concluded: “we might need to think of micro-marketing when dealing with them.”

That means catering to their needs at different individual levels, and could involve selling lower-priced products, or offering toys that provide new knowledge, or first-time discoveries in 4D as the vapid reality of 3D no longer satisfies their creative vision.

The chief executive of international trade exhibit organizer, Spielwarenmesse eG, Ernst Kick, envisions further growth for the global toy business in the years ahead after it expanded by 3 percent in 2017. He declined to make a specific forecast growth figure for 2018 pending the release of complete sales data from last year, as usually provided by Euromonitor International, the world’s most comprehensive market research on consumer products, commercial industries, demographic trends and consumer lifestyles.

According to Euromonitor, toys and games sales rebounded in 2016 as recovering emerging markets, surging games and puzzles sales, and new VR introductions propelled the industry forward.

“Traditional toys saw major changes as games and puzzles became the fastest growing category, overtaking construction, due to interest from adults. Virtual reality entered the consumer market in full force in 2016 with several premium headsets, and in 2017 the VR market looks to move beyond the enthusiast market into the mainstream,” it said in a report published on its website.

Kick noted the Asian market particularly offers good reason for optimism, especially in the transition of demand from simple plastic to electronic toys, while Europe and the US are now very mature markets.

“We organize our activities for the exhibitors in the segment that’s related to the electronic market, which is very much growing,” he told The Manila Times in a brief interview on the sidelines of the product launches at the trade fairs.

Kick believes electronic toys will evolve further to keep changing the landscape of the world of play, not just for kids but for adults as well.

“Electronic toys will continue to reflect the picture of real life,” he said. “I’m very much optimistic that play will always be a part of life, for kids and adults alike.”

“There will always be a market for toys,” he concluded.