Meet the inventor of the mille crepe

Arguably the world’s capital for exquisite and decadent desserts, France has gifted humanity with the crème brûlée, soufflé, éclairs and galette among many other treats. But perhaps, among these famous desserts, nothing is more divinely French than the simple and versatile crepe. 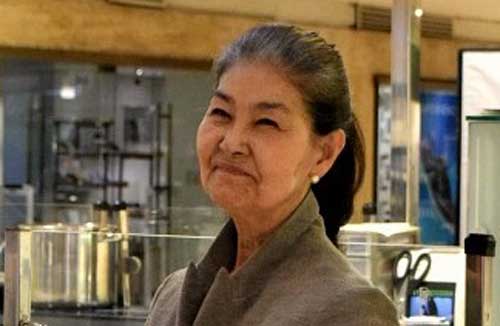 Made with flour, sugar, salt, milk, eggs, and butter—with no raising agent so they stay flat— and cooked on a flat griddle, these thin treats can be filled with just about anything, from sweet chocolates and acidic citrus to savory cheese or vegetable.

Despite its popularity, not many people are aware of the crepe’s humble beginnings. When buckwheat, a plant with grain-like seeds, arrived in Brittany—formerly known as Bretagne in France’s north westernmost region—its citizens found a way to use the ingredient’s sudden abundance. They grinded it, combined it with water and salt, and cooked the batter on a hot surface, pretty much how crepes are made today. Thereafter, they made it more delicious by use of local produce like fruit for filling.

Today, crepes—from the Latin word crispus, meaning curled—are sold in just about any French restaurant and street kiosks around the world, the Philippines included.

One of the countless chefs who took a great liking to crepes is Japanese cake artisan Emy Wada who has been in the food industry for close to 40 years.

When she was just starting to realize her passion for specialty cakes and pastries, Wada traveled across Europe to harness not only her culinary skills but also other skills for her planned business. During her stay in France, Wada noticed the French craze and fell in love with crepes herself.

“But I realized most of their varieties cannot be taken home for later consumption, so I invented the mille crepe,” Wada told The Manila Times through an interpreter during her visit to the Philippines.

Literally meaning “a thousand crepes,” the mille crepe is a work of art, so to speak, as it has no less than 20 delicate, paper-thin handmade crepes layered with light pastry cream and topped with a caramelized crust.

Over the years, Wada also created variations of her mille crepe—using mango, chocolate, ube, tiramisu and, the latest, blue berry cheesecake for her filling.

Her invention led Wada to carve a name in the industry of pastry making. In 1985, after more than a decade of supplying cakes around Tokyo, she opened Paper Moon Cake Boutiques in her homeland. In 2001, she expanded to no less than New York City where she supplied cakes to popular chains Dean & Deluca and Takshiyama.

The cake whiz also founded the acclaimed Lady M Cake Boutique in Upper East Side before deciding to sell the brand so she could focus on her business back home.

Thankfully, Filipinos were introduced to Wada’s creations in the last couple of years without the need to leave the country, thanks to business mogul Vicente del Rosario of Viva Entertainment.

A big fan of Wada’s Millie crepe, del Rosario through Wada’s husband, convinced her bring the Paper Moon Café brand to the Philippines as partners.

“Our classic mille crepe is just the beginning. We are continuously crafting more desserts, and variations of Mille Crepe, to satisfy our Filipino fans,” Wada finally promised.