From nursing patients to nursing profits

For some reason, breakthroughs in life come after one stops looking for a job and starts doing business to earn a living. 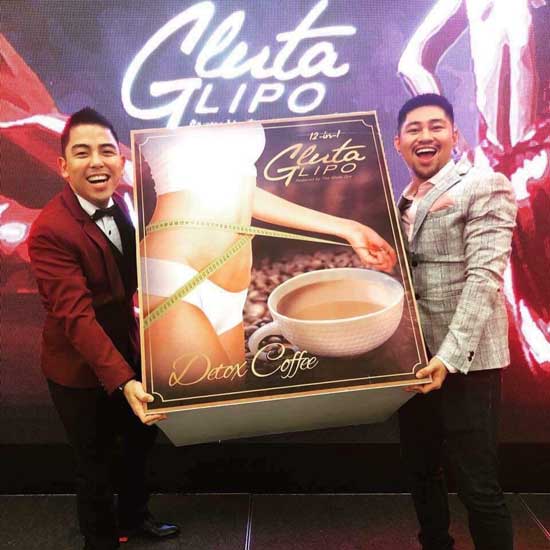 But sadly, no thanks to the bandwagon that had everyone taking nursing for abroad, he found himself volunteering in a public hospital for six months for a start. And two years later, he was still waiting for a local hospital to give him a slot.

He then turned to networking business where he bought and sold products, attended marketing bootcamps, commuted to various provinces for the purpose of selling stuff, and all the while enduring raised eyebrows wondering what he was doing and taking sermons from his mom (a no-nonsense woman who raised him and two other siblings by selling jewelries).

“It was either ego or income and I chose income,” quipped the unassuming and humble Leo who is now a successful entrepreneur who has earned a lot selling contact lenses and slimming, whitening drinks.

Just in his early 30s, Leo is offcially a CEO of a trading corporation called Rising Dragon. The name is a nod to his adulation for Double Dragon tandem Edgar “Injap” Sia 2nd and Tony Tan Caktiong.

Leo’s apprenticeship that transformed him into an entrepreneur lasted for a couple of years. But his perseverance took off as it only took him 10 months to save his first million pesos out of selling contact lenses to employees, many of them he got in touch with inside malls where he would look for prospects. It started when he was introduced to someone selling contact lenses online.

A chance meeting with TV host and actor Vice Ganda proved vital as it resulted in the famous personality getting sponsored by him on a regular basis. It also meant that mainstream TV exposure would escalate the demand for his product.

But while celebrity connection helped much in marketing what he sells, it is his use of social media that strengthened the foundation of his business. He said, “95 to 99 percent of our success we owe to social media. Wala kaming walk-ins. We just post and advertise on Facebook and Instagram.”

In the early part of this decade, he made good business in selling Elite contact lenses, a product he now values as his “first love that never dies.” While he is currently getting the bulk of his income from healthy juices and coffee, and always on the go for diversification, he is eyeing to put several stand-alone contact lens stalls in the malls as hats off to the one thing that led to his breakout in the field. At its peak from 2013 to 2015, his group was earning 1.5 to 2 million peso per month.

After achieving success by beautifying the eyes, Leo ventured to helping people in their journey to reducing weight and whitening the skin. The trademark Gluta Spa is his and his Gluta Lipo juice drink is once again a hit. Consultation, which is partly franchising his brand, is also a component of his ever-growing business.

The drink apparently contains 12 natural, effective, safe, and side effect-free ingredients valuable for slimming, whitening and glowing of skin, along with antioxidant health benefits to prevent diseases (such as cancer) as well as delays signs of aging.

The product also “detoxifies and cleanses the body specially the colon or big intestine,” and likewise “remove unnecessary waste and toxins leading to a smaller and more toned tummy.”

Leo’s gains in gluta is partly due to having captured a big chunk of the middle class market and the LGBT community.

Well, he’s targeting to put up a food business in the very near future. He had already built and opened the first Santorini-inspired private resort he named The Oia. Leo’s a native of Calamba, Laguna and the province is known for private pools. He decided to design it Greek and load it with state-of-the-art facilities and equipment to be competitive in the market.

He likes to point out what he thinks is the difference between millennials and their older counterparts. He expressed, “I think we millennials have the edge when it comes to applying technology and social media for business operations. We can’t fault the older generations because the technology and communication ways now were not available in their youth and so they would have to adjust to the challenges of dealing with such.”

At the end of the day, Leo Ortiz made it in the biz because he knew he had to let go of what he concentrated on in school, eat his pride, lick his wounds, and then do something to earn.

Ego can’t bring food on the table, income does.