Train 2 to drive firms out of PH

SENATE Minority Leader Franklin Drilon on Wednesday warned that at least 1,200 companies were poised to leave while a “good number” of investors were having second thoughts because of the government’s plan to remove tax perks under a second package of tax reforms.

Drilon made the disclosure during his interpellation of the budget of the Department of Trade and Industry (DTI). 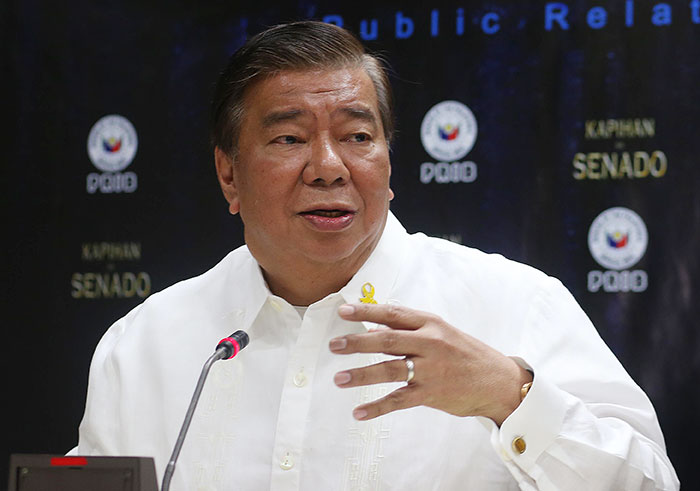 “At least 1,200 enterprises might leave the country due to a sudden shift in the policy, which would cut the incentives given to foreign investors,” he said.

Aside from that, the country stands to lose about 150,000 jobs generated through the grant of incentives, such as income tax holidays, by the country’s top investment promotion agencies, namely the Board of Investments and the Philippine Economic Zone Authority, because of Package 2 of the Tax Reform for Acceleration and Inclusion (Train) measure.

“All of these will be in jeopardy once the Train 2 is passed,” the minority leader claimed. “I see a very dark future insofar as the foreign direct investments are concerned. We will not be surprised if next year, we will still be kulelat (bottom-dweller) again because of the lack of correct policy,” he added.

Drilon said cutting fiscal incentives given to investors would be a sudden shift in policy, considering the fact that the government had been reliant on incentives to attract investors.

“We have established that the principal tool for attracting foreign direct investments (FDIs) to come to our shores is the incentives granted under the law,” said Drilon, a successful corporate lawyer before joining government.

“However, it is not consistent with the reduction of fiscal incentives granted by investment promoting agencies to registered foreign companies, which the government is proposing under Train 2,” said Drilon.

“How do we reconcile these two conflicting policies?” he asked.

Drilon said the new policy being pushed by the government’s economic managers did not sit well with companies enjoying these incentives, which would make them think twice about expanding their businesses if the incentives were removed.

“The conclusion that we can draw from these debates is that there is no deliberate and clear path to attract more FDIs, because the only tool that we have is incentives. Now, this grant of incentives is being muddled by these debates on Train 2,” he added.

Drilon also expressed alarm over the poor performance of the country’s export industry.

The Philippine is lagging behind its Southeast Asian neighbors in terms of exports. In 2017, Singapore’s export receipts reached $373 billion; Indonesia, $169 billion; Thailand, $237 billion; Malaysia, $218 billion; and

“We are kulelat. We are sixth in terms of export performance in Southeast Asia and we have even been overtaken by Vietnam,” Drilon said.

“We are lagging behind and we are not improving at all, notwithstanding all the programs that we have,” he observed.

Drilon urged the DTI to adopt measures to help the export industry, citing its contribution to the country’s gross international reserves.

Also on Wednesday, consumer group Laban Konsyumer Inc. said it filed on Tuesday, December 4, a second motion before the Supreme Court against the Train Law, which cut personal income taxes but raised excise taxes on fuel and sweetened beverages.

Victorio Dimagiba, a former trade undersecretary, in the motion.

Dimagiba added that “the inevitable crippling burden to low-income and poor consumers caused by the contested provisions, and the implementation of second tranche in 2019 should enable this Honorable Court sufficient basis to act now; otherwise, the system of checks and balances, which is one of the founding principles of our system of government, will be put to naught in the guise of respecting ‘political’ decisions and flip-flopping by the economic managers, due to the flawed Train Law.”

The group noted that since the Train Law took effect, consumers have been suffering from high prices of food and nonfood items.

“To make matters worse, the consumers continue to pay high prices of basic necessities and prime commodities despite the rollback of prices of fuel products for the past two months up to the filing of the instant Motion, due to the continuing implementation of the Train Law,” said Dimagiba.

He said the second package of the tax reform “adds salt to injury.”

“The sad reality is that the Train Law burdens the poorest 17.2 million or three out of four (76 percent) of Filipino families with oil and other consumption taxes without giving them compensatory personal income tax cuts.

Rising fuel prices drive up the prices of food, transport and electricity. The cash transfers for the poorest 10 million and ‘Pantawid Pasada’ fuel vouchers are not just merely temporary but, after more than 12 months of Train, even very delayed for the overwhelming majority of their supposed beneficiaries,” said Dimagiba.