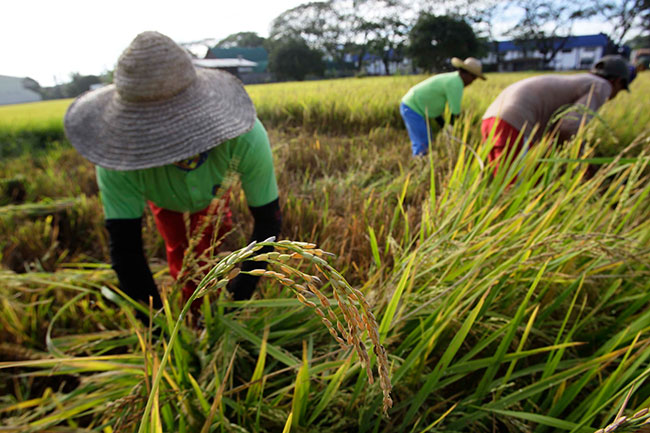 The dismal performance of the agriculture sector in 2018 was no surprise to William Dar, a former agriculture secretary who took the International Crops Research Institute for the Semi-Arid Tropics out of the doldrums when he led the organization from 2000 to 2014.

“Although a lot of government programs and initiatives had been planned and implemented, the successes are far and small, thus the performance of the agriculture and fisheries sector is considered dismal and still leaves much to be desired. Perhaps, one of the reasons or maybe the main reason why agriculture and fisheries is not taking off is that it is basically treated merely as a food production activity rather than an industry,” he told The Manila Times in an interview.

Dar said the dismal growth of the agriculture sector in the past years had resulted in high rural poverty.

Among the measures he sees necessary for rural development is a national land use plan.

“In Vietnam, there is so much urban development, but their rural areas are reserved for food production. In the Philippines, we should not convert our farms to golf courses and subdivisions,” he told The Manila Times in an interview.

“I am hopeful for that (land use act). That is what we have been advocating for 30 to 40 years. Not only for urban but also for rural,” Lopez added.

President Rodrigo Duterte has repeatedly called on Congress to pass a National Land Use Act.

Lopez said that food production was still best undertaken in the rural areas, so keeping rural areas “green” should be a long-term measure.

“I am starting from the premise of two principles, Build, Better, Berde (Green). There are implications for that in the rural areas. The rural areas are green, so let’s keep it clean, and let’s not destroy it,” Lopez said.

“Second principle is RRUrban that has two Rs. The first was R is regional, so it is inappropriate to plan only within boundaries. I want to convince more people to think in terms of bigger than the parochial LGU (local government unit). It has to be clustered or sama-sama tayo (we should be together),” he said.

Those two principles led Lopez to conceptualize the Trans-sectoral Framework for Development and Security, which he said was being applied as a rural development paradigm by various government agencies.

Also, Lopez said the government was on track with the “convergence” efforts of the departments of Agriculture, Agrarian Reform, Environment and Natural Resources, and Interior and Local Government to propel growth in the rural areas.

The “regionalization” of provinces in the Philippines, which started during the Marcos years, was also a good step to spurring rural development, he said.