POLICE have killed a total of 5,176 alleged drug personalities in 119,841 operations conducted ever since President Rodrigo Duterte stepped in as the country’s president, according to the latest update of Real Numbers PH, the official tally of drug war casualties. 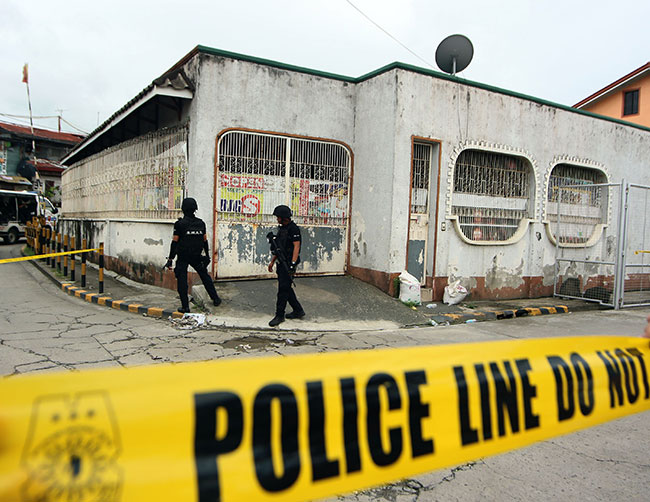 The number of deaths recorded by the government was lower compared with that of various human rights groups, which had claimed that some 12,000 Filipinos were killed in the war against drugs.

The Philippine Drug Enforcement Agency (PDEA) also reported that more than 11,000 barangay (villages) out of 42,044 had been cleared of illegal drugs

A total of P25.94 billion worth of drugs and laboratory equipment were confiscated by the Philippine National Police (PNP) and PDEA, of which P19.14 billion were shabu.

Real Numbers PH is a project of the Presidential Communications Operations Office to counter supposed “fake news” about the Duterte administration’s campaign against illegal drugs.

Also on Thursday, the Social Weather Stations (SWS) reported that 4 out of 10 Filipinos were undecided on the truthfulness of claims by police officers that suspects killed in the Duterte administration’s war on illegal drugs resisted arrest.

An SWS poll, conducted from Dec. 16 to 19, 2018 among 1,440 respondents, showed that 44 percent were undecided over police claims that drug suspects died because of violent resistance.

The latest survey also showed that net opinion on police truthfulness was lowest in Metro Manila at -11, followed by Balance Luzon at -3, Visayas at +3 and Mindanao at +11.

Malacañang played down the latest survey results, noting that SWS, in the spirit of fairness, “should have also fielded a question regarding the good deeds of our policemen in the war against drugs.”

“After all, a total of 165 police officers were killed and 575 were wounded in the campaign against prohibited narcotics, based on the latest report of the PNP. These figures dispel allegations of critics and detractors on legitimate drug operations and show that drug pushers and addicts actually resort to violence when confronted with a threat of apprehension,” Palace spokesman Salvador Panelo said in a statement.

“Indeed, illegal drugs, particularly methamphetamine or shabu, alter emotions and cause anger and fear on the part of the user so we are not dumbfounded when violent encounters ensue during police operations,” he added.

Just like in any organization, Panelo said the Palace was “aware that there are rotten eggs that tend to destroy the integrity of the great institution, that is the PNP.”

“While there is no denying that there are erring policemen within their ranks, the PNP has done internal cleansing efforts such as the activation of the Counter-Intelligence Task Force tasked to go after policemen involved in unlawful activities,” Panelo said.

He added that zero tolerance against police misfits was exhibited when the policemen who killed 17-year-old Kian Loyd de los Santos were convicted and the entire Caloocan police force was relieved.

“As PRRD (President Rodrigo Duterte) himself said, ‘There will be hell to pay if you become worse than criminals.’ Such actions show that we in the Administration are intolerant with any kind of abuse coming from those whose duty is to serve and protect the Filipino people,” Panelo said.

Meanwhile, Duterte’s net satisfaction rating was at an “excellent” +78 for respondents who believed the police were telling the truth, while it was at a “very good” +61 for those undecided.

The latest survey also showed that respondents who did not believe the police claims posted a lower net satisfaction rating for Duterte of a “good” +39.

For this year, Duterte has vowed to launch a “harsher” war on the illegal drug trade, claiming the country was going “insane.”