The Sandiganbayan’s First Division has denied Janet Lim Napoles’ plea to reconsider her conviction of plunder in connection with the Priority Development Assistance Fund (PDAF) scam. 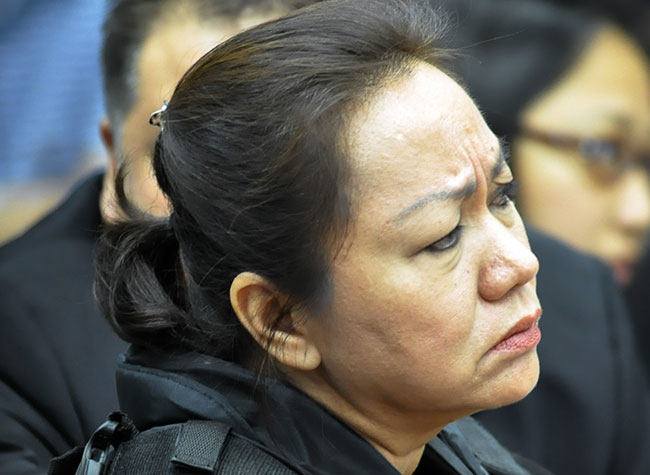 The court stood pat in its decision convicting Napoles, sentencing her to 40 years of imprisonment.

Napoles had argued that with Revilla’s acquittal, there was no main plunderer, but this was rejected by the court.

“While the court did not find sufficient evidence for the pronouncement of guilt on the part of [former Sen. Ramon “Bong”] Revilla [Jr.], there is overwhelming evidence presented to show that his co-accused, [Richard] Cambe, who [was] a government official together with accused-movant Janet Lim Napoles are the main plunderers in this case,” it said.

“It is clear that in the act of amassing and accumulation of ill-gotten wealth, Cambe did not act alone. He had a private individual, accused-movant Napoles, who not just aided him, but was one in his design to amass and accumulate ill-gotten wealth and performed the necessary acts to fulfill the evil design of plunder,” the court added.