Are we ready for the future of retail?

The global retail industry is on the rise and though it was once dominated by the Western world, most of the opportunities are to be found in Asia-Pacific, home to more than half of the world’s mobile subscribers. Southeast Asia’s internet economy alone is predicted to exceed $240 billion by 2025, a joint study by Google and Temasek projected. 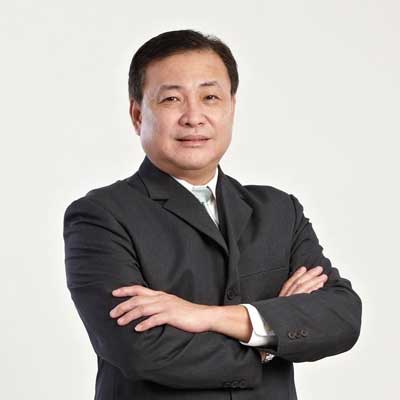 Adding to Asia’s vast population as a growth factor is China’s ambition to surpass the United States as the world’s largest economy. Another consideration is increasing retail sales from other Asian countries, which jumped from $1 trillion to almost $7 trillion in 15 years. This is in stark contrast to the flat trajectory exhibited by the US. Between 2000 and 2015, the retail sector only grew from $2 trillion to $4 trillion, which may have been caused by the economic hits the world power had to endure since the start of the new millennium.

The Philippines, for its part, also helped drive this exciting retail revolution. Retail sales are forecasted to have grown by 5.5 percent in 2018, an average of around 4.77 percent annually over the past decade. The reported growth rate of major economic sectors of the Philippines as of the second quarter of 2018 affirm this trend, with the services sector leading at 6.6 percent, followed by the industrial sector at 6.3 percent.

These two sectors contributed as much as 3.8 percent and 2.2 percent, respectively, to our gross domestic product. The services sector also comprised as much as 57.5 percent of Filipino employment, with 33 percent in wholesale and retail trade. Other burgeoning areas of service employment are in related businesses of accommodation and food service, as well as logistics.

The rise in the retail market is also attributed to the rapid growth in the e-commerce industry — mostly driven by online shopping sites bringing brand and products closer to consumers in recent years.

In the Philippines, a factor in this sector’s growth is the number of hours Filipinos spend online, the average of which is 10 hours and 2 minutes. For this reason, Filipinos are considered the world’s heaviest internet users.

The numbers are also looking positive for Filipinos. In the country alone, the number of online shoppers has grown to 37.7 million users in 2018. In the same year, Facebook has done a study on Filipinos’ shopping habits during the holidays where they found that 50 percent of the respondents preferred online shopping because of its convenience.

Experts dub the current evolution of e-commerce as “bricks and clicks” — a combination of physical in-store experience coupled with mobile technology enhancements. Rather than choose one over the other, consumers are now enjoying the best of both worlds. We have already seen this successfully parlayed by Chinese super conglomerate Alibaba with its Hema offline retail stores, whose network is rapidly expanding even as we speak. Other key players include Zalora, Shoppee and Lazada — now an Alibaba-backed e-commerce site.

Asia, again, is seen as the hotbed of this e-commerce revolution because it has all the right ingredients to cook up a retail storm. Compared to Amazon, which has 300 million active users, Alibaba brings in 552 million active users. The size of business-to-consumer transactions was recorded at $1.2 billion in 2015 and is only expected to grow further on the back of favorable digital statistics in the region — with internet and social media penetration rates of 53 percent and 47 percent, respectively, among a total population of 644 million. The stage is now set for what experts dub the Fourth Industrial Revolution, characterized by the Internet of Things (IoT) or the interconnectedness of all aspects of life.

How, then, do we ride this wave of change that will come over us, whether we like it or not? Just as human beings have done for centuries — through adaptive change enabled by learning and education. In the academic sector, this retail revolution has made us keenly aware of the need to equip our graduates for more lucrative job and business opportunities in retail and e-commerce. Elsewhere in the world, colleges and universities in countries such as the US, Canada, Sweden, Ireland, South Africa and Singapore are now offering retail management programs in line with this vision.

We have identified four academic competencies for success in the Fourth Industrial Revolution. One is retail marketing, which helps utilize the full suite of strategies and platforms to create engaging consumer experiences that satisfy their ever-changing and discerning needs and wants. Second is consumer psychology, which is valuable in analyzing consumer behavior and generating predictive consumer insights. Third is information technology, which provides the proper skills and tools in developing more and more disruptive retail technology and innovative retail management strategies. Last is data science, which maximizes the knowledge gathered from the IoT to help make better and more responsive business decisions for companies and enterprises.

All these competencies combined in a compelling academic offering in college will be crucial in ensuring inclusive growth for ordinary Filipino students as the Fourth Industrial Revolution unfolds. And given the innate Filipino skills and inclination towards information technology, we are at a valuable position of taking advantage of this digital revolution.

With these trends and revolution surrounding us, the big question is: Are we ready for the future of retail — or are we equipped with the know-how to effectively ride this new wave?