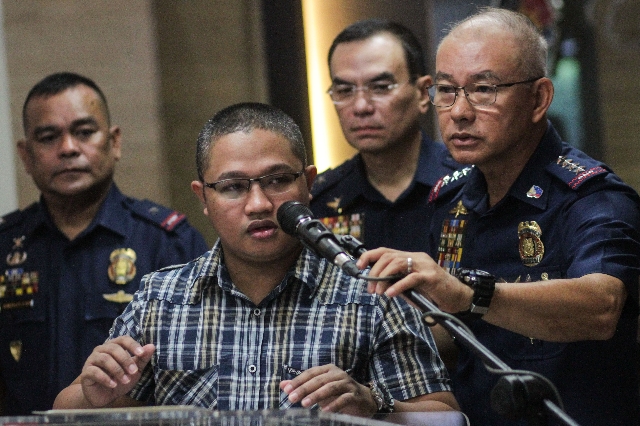 Peter Joemel Advincula speaks to members of the media during a press briefing at Camp Crame on Thursday. PHOTO BY DJ DIOSINA

Peter Joemel Advincula, who claimed to be the hooded man in the “Ang Totoong Narcolist” videos, claimed that the information he divulged in the clips that went viral on social media was fake and that the Liberal Party, was behind them.

Already have an active account? Log in here.
Keep reading with one of these options:
Premium Subscription
Less than P 71 per month
(billed annually at P 850)
TRY FREE FOR 30 DAYS
Subscribe Now
Digital + Print
P 680 per month
(billed annually at P 8,160)
***Delivery charges may apply to subscribers outside of Metro Manila
Subscribe Now
This website uses cookies to ensure you get the best experience on our website. By continuing to use this website without disabling cookies in your web browser, you are agreeing to our use of cookies. Read More.