The AES: Fixing what isn’t right 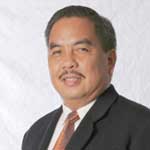 THE search for an alternative automated election system (AES) is on. Following President Rodrigo Duterte’s directive, Acting Secretary Eliseo Rio Jr. of the Department of Information and Communications Technology (DICT) has gone on high gear in search of a solution.

The AES used in four previous national and local elections focused on speed, the implementors perhaps thinking that if the results of the voting are delivered within the shortest time possible, there is little chance for any party to hack into the system and manipulate the results.

The fear of vote manipulation was once again highlighted when, following the close of polls on election day of the recently concluded elections, the transparency server through which election results are made public suffered a seven-hour data outage. Nothing was heard from the election commissioners during that period. The root cause of that outage has, to date, not been determined or if it has been identified, has not been disclosed to the public.

But then, the system is simply just that — automated. Data will flow from one component to another and it will be processed by programs that are written in a manner that follows the rules.

In launching the search for an alternative AES, Secretary Rio said: “The AES is not broken that it needs to be fixed. The VCM in fact works satisfactorily in terms of counting the votes. But it leaves much to be desired in providing confidence to the people that their votes were counted correctly. The electorate needs to be convinced viscerally. The system needs to be more transparent — not in the canvassing when the Comelec shares the results through [the] transparency server but in the actual counting and appreciation of votes in the precincts.”

The good secretary hit the nail on the head! He has placed transparency at the top of the hierarchy of election system attributes followed by accuracy, ease of use, speed, and cost. Assurance of ballot secrecy should be added.

The DICT gathered election stakeholders, including representatives from the Commission on Elections, for a presentation of the “proposed concepts for a more transparent election system.” A prototype of a voting and vote counting system was presented. It consisted of commercial, off the shelf devices which were put together and an application that would receive inputs from a ballot, assess the ballot, record the votes and perform the vote count.

Three types of ballots are proposed: 1) the handwritten, fill-in-the-blank ballot with a fixed number of lines per contest reminiscent of the ballot used in manual elections; 2) a ballot with slots where barcode stickers may be placed; every ballot is provided with a set of barcode stickers, which includes the names of candidates per position so that the voter simply picks the barcode sticker of the candidate of his choice and places it in the appropriate slot on the ballot; and 3) a scholastic-exam type or lotto-type ballot which is basically an OMR ballot with numbered circles as voting targets; a list of candidates with corresponding numbers per contest will be made available in the voting booth, and the voter will put markings on the voting targets with numbers that correspond to the number of the candidate of his choice.

Employing a voting system using smaller ballots may usher the return of old-style cheating like “lanzadera” where a genuine ballot is brought out of the voting precinct, filled in by a party buying votes, issued to another voter who then drops it into the ballot box instead of the ballot issued him, and brings out the ballot to complete another link in the “lanzadera” chain. Something to think about.

The developers will have to think about security features to ensure that only genuine ballots are used. Immediately calling attention is the QR code mark on the proposed ballot which will include a unique ballot identifier which can be used to identify the voter.

It’s a work in progress. Challenges lie ahead, including criticisms from those who may be opposed to the proposed solutions. But it’s a good start.