The UN Human Rights Council voted to adopt a resolution mandating a “comprehensive” international review of the Philippines drug war, which watchdogs say has killed more than 20,000 people.

UN High Commissioner for Human Rights, Michelle Bachelet, will conduct “a comprehensive written report on the situation of human rights in the Philippines” over the coming year. 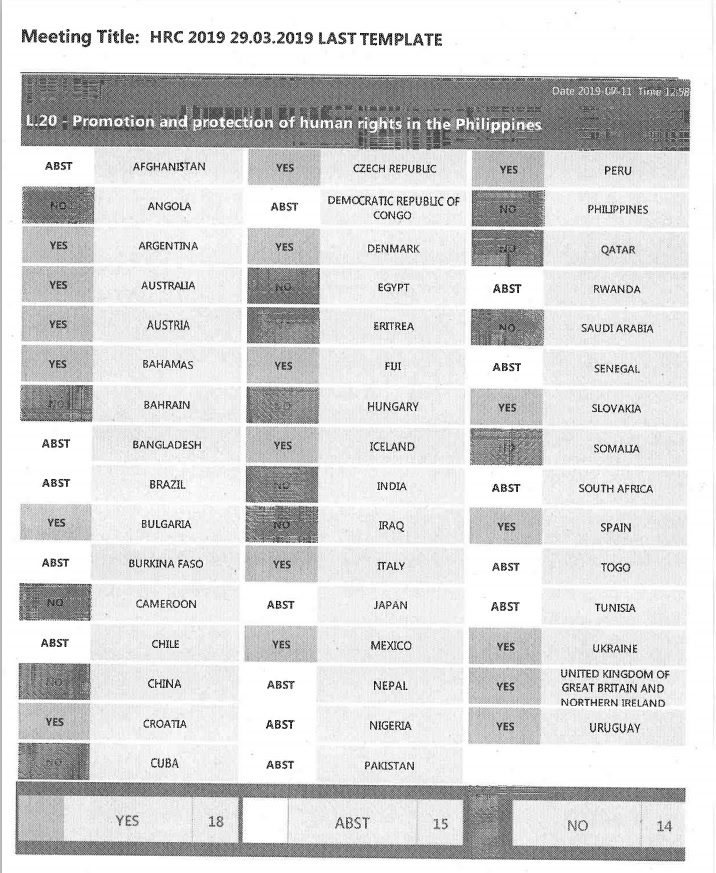 The resolution faced strong pushback from President Rodrigo Duterte’s government, which counters that the crackdown on narcotics has left just 5,300 people dead while retaining the strong support of many Filipinos.

Activists said they had initially hoped the resolution would call for a formal “inquiry,” but compromised on a “report” to raise the prospects of winning a majority.

Duterte called the former UN rights chief, Zeid Ra’ad Al Hussein, an “idiot” and a “son of a bitch” after Zeid raised concern about the drug war, which has reportedly included nightly slaying of suspects by police and masked gunmen.

Last week, Duterte spokesman Salvador Panelo described the resolution as the “latest demonization attempt against the president” and said Manilla expected it “to fail.”