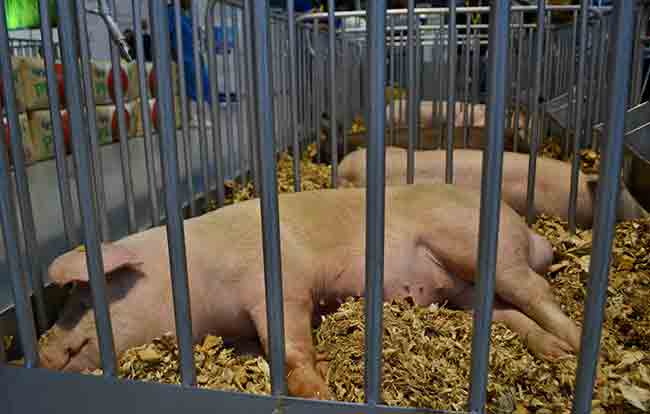 Dar, who attended a budget hearing at the House of Representatives on Tuesday, said the money would be used to aid hog raisers, whose animals either died or were culled.

Immediately after the hog deaths were reported in several areas in Luzon, the Agriculture department asked Malacañang for financial assistance. Dar said the Department of Budget and Management vowed to release the money on Tuesday, August 27.

The bulk of the money would be used to further strengthen the DA’s contingency programs and biosecurity measures, Undersecretary Ariel

Last week, the DA ordered stringent food safety measures and quarantine procedures. It also banned the transportation of live animals, meat products and meat by-products, unless with a Veterinary Health Certificate issued by a licensed veterinarian.

“We have to manage the whole situation. We are extra careful. The [hog] industry is contributing P260 billion... If our management will not be good or proper, this will explode and [will become a huge loss],” Dar said.