PNP to purge all CPP-NPA fronts

The Philippine National Police will end the communist insurgency by engaging all fronts of the Communist Party of the Philippines (CPP) and its armed wing, the New People’s Army (NPA), PNP chief Oscar Albayalde said on Thursday. 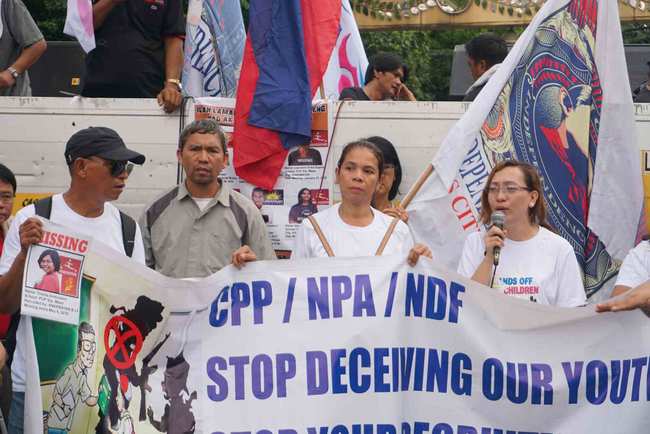 The statement came as President Rodrigo Duterte said he would crush the communist insurgency “now.”

“We will engage them in all their fronts [in] agriculture, [in] labor, even the health [sector], even sa (in) academe, which we started already,” Albayalde told reporters.

Religious groups and people sitting in the government are also targets of the PNP.

“Engage natin ‘yan in all their legal fronts, kasi may mga fronts ‘yung mga ‘yan, sinasabi marami ‘yan sila even sa political side, although hindi natin ‘yun saklaw kasi nasa armed sector tayo (We will engage them, in all their legal fronts because there are many of them even in the political side, although we can’t do anything about it because we are an armed sector),” the police chief said.

But with the PNP’s National Task Force to End Local Communist Armed Conflict (NTF-ELCAC), he added, they could go after the legal fronts with leftist affiliation.

He cited the importance of a bigger intelligence fund to curb terrorism and the communist insurgency, as requested by Duterte for 2020.

Based on the National Expenditure Program for 2020, the Office of the President is requesting P4.5 billion for intelligence, which is higher than the P2.5 billion confidential and intelligence fund of the office in 2018 and 2019.