Getting to the core of what we know 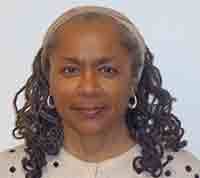 “What if there was a way to let go of everything that constrains our thinking, and just design a plan we really want?” My client’s managing director, an executive, wondered aloud as we were preparing to draft a one-year strategy for numerous projects. He was pondering how the team could step outside traditional ways of working to influence the change needed. What he was also asking was whether the team could become more integrated within themselves to surface what they knew at their core but had disconnected from. He would be engaging them at a spiritual level, very atypical for organizational teams. The managing director’s posture influenced the deep change that would occur within them.

The executive wanted to give the team the space to relax their rigid framework for planning. My client, the team leader, wanted to use the metrics which had always been the ones they followed in meeting their objectives. Rather than plotting the future while looking in the rear view mirror, his director knew they could work differently and serve a higher purpose.

The executive was inviting the staff to seek out the ‘more’ that is obtainable. By opening their eyes to an expansive horizon, the executive was inviting the team to use their third eye of contemplation to envision what they had possibly wanted to see, but felt bound by traditional organizational models to ignore. It is understandable that the team leader would struggle with moving away from long-held approaches. The team was operating in a conflict country. Many foundational pieces of that society had become destabilized. The team leader felt a need to hang on to something familiar, since so many critical factors in achieving their goals were no longer assured. For some leaders uncertainty is a powerful deterrent to exercising creativity. For the executive this was precisely the perfect time to unshackle the mind.

The executive was actually supporting a shift from feeling consumed by any external sources, to giving attention to and honoring our internal first knowing. Rather than continuing the practice of trying to force what we think is the best response, he was aware of the need to draw upon our internal knowing that connects us to the greater that is beyond us. The synchronicity prompts that coincidentally show up and encourage us is one way to attribute our interconnections to God, or our highest source. Those individualized prods provoke us to pay attention to how we are being guided. They’re designed to usher us along to the greater end. By listening to the messages we give ourselves permission to become whole, in our thinking and in our being and in the work we are purposed to do. The separation within us begins to diminish as the mind’s capacity to envision the more increases. We are less disjointed in our perceptions of what’s possible. And our deep knowing emerges to the forefront.

The executive was assuring the team he supported this more integrated way of working. His encouragement to step outside the box and to present a new way of moving through uncertainty was substantiated by providing necessary resources. There is no room for stalling out. When God, or the one who is our greatest source, is illuminating the path forward we should know that anything we need is going to be provided. Even when we sometimes don’t know how, we soon discover our needs are met.

The executive held himself out as a stout supporter, so when they eventually hit a wall he would assure them of their right intention. Even when operating for the greatest and highest good, plans may call for iterative adjustments. Rather than be tempted to revert to old mindsets and familiar patterns, stay centered in that greater work. Confirmation that the goal is attainable will be revealed.

When the goal is achieved, everyone gleans the power of integrating their spiritual knowing. We know that traditional approaches to solving problems no longer work. We also know we don’t have all the answers. There is much less stress involved when we honor interconnections within ourselves, with others, between organizations and society, and especially our greatest source. This executive models the need to stay interconnected.

Dr. Portia L. Brown is an independent consultant and researcher, focusing on leadership in uncertain times. She is a member of the Academy of Management of which De La Salle University is a part. Email: [email protected]