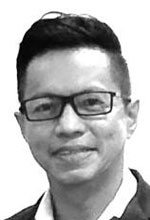 Mayor Isko Moreno recently said he wants to bring back the Nutribun, the nutrient-enriched bun distributed to public schools during the Marcos-era, to address child nutrition and hunger in the Philippine capital. In 2014, his predecessor, Joseph Estrada, revived the program, which covered around 7,000 severely wasted students among over 70 public elementary schools.

As further proof, a recent study by the Food and Nutrition Research Institute (FNRI) showed the current chronic malnutrition rate among Filipino children aged 0 to 2 is at 26.2 percent, the highest in 10 years. In addition, there are some 3.6 million stunted children in the country, while 800,000 are malnourished, according to Save the Children Philippines.

The costs of these lingering national nutrition problem is high. In fact, the losses from children suffering from undernutrition are costing the Philippines P220 billion a year and causing over 29,000 deaths of Filipino children less than five years old annually, according to the recent Department of Science and Technology-Food and Nutrition Research Institute (DOST-FNRI) Expanded National Nutrition Survey. The study further said the needed interventions will cost an estimated P4.8 billion yearly, but for every P49 invested to address undernutrition, there is a return of P587.

That’s why our country needs to step up on its intervention programs to halt this social ill. The damage of chronic undernutrition is often irreversible, affecting health, physical growth, and brain development of children, impairing them for life and leaving them with lower chances of finishing school and becoming highly productive adults. “Poor nutrition perpetuates the cycle of poverty and malnutrition through three main routes—direct losses in productivity from poor physical status and losses caused by disease linked with malnutrition; indirect losses from poor cognitive development and losses in schooling; and losses caused by increased health care costs”, according to a World Bank paper.

It’s high time that President Rodrigo Duterte signed the “First 1,000 Days” Law last year, a measure that seeks to provide health and nutrition services to children during their early days of development. Signed by the

President on Nov. 29, Republic Act 11148, or the “Kalusugan at Nutrisyon ng Mag-Nanay Act,” shall provide “evidence-based nutrition interventions...as well as nutrition-specific and nutrition-sensitive mechanisms, strategies, programs and approaches… to eradicate malnutrition and hunger.”

Multisectoral groups are likewise stepping up. For instance, the Korea International Cooperation Agency (Koica) and the United Nations International Children’s Emergency Fund (Unicef) in partnership with the Department of Health and the National Nutrition Council, recently launched an integrated nutrition and health program to help fight malnutrition, targeting the first 1,000 days of life. This involves a support from Koica amounting to $6 million. It targets 19 local government units in three provinces, namely Samar and Northern Samar in Region 8 and Zamboanga del Norte in Region 9.

Our country can also learn from the interventions of other countries. For example in Ghana Africa, Nutriset micronutrient supplements were administered to undernourished infants from 6 to 12 months, led by the collaboration of three organizations - UC Davis USA, Ghana University, and Toronto University. Nutriset multiple micronutrients added to the complementary food at home significantly increase the growth and motor development of the target infants, greatly helping in the nutrition program of the country. There are several examples of this intervention in Africa that gained notable success in fighting malnutrition.

Our country and other multi-sectoral organizations should treat our national nutrition problem with utmost urgency. The sustainability of our national development depends on it.

The author is the CEO of Hungry Workhorse Consulting, a digital and culture transformation firm. He is the chairman of the Information and Communications Technology Committee of the Financial Executives Institute of the Philippines. He teaches strategic management in the MBA program of De La Salle University. The author may be reached at [email protected]