According to a statement from Assistant Chief Constable Tim Smith, officer in charge of the investigation into the deaths of 39 men and women discovered at Grays, Essex on October 23, Essex Police is working to progress the investigation and help identify the victims. 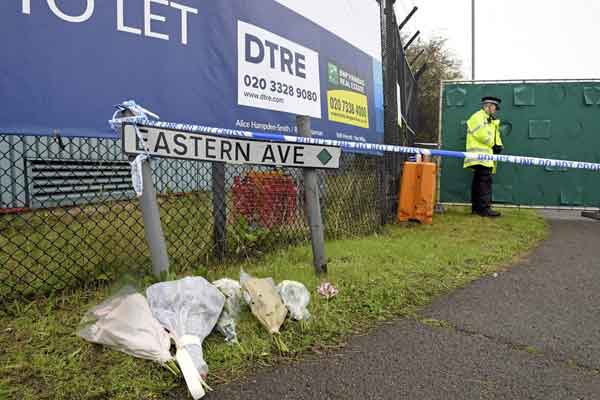 Floral tributes at the Waterglade Industrial Park in Thurrock, Essex, England Thursday Oct. 24, 2019 the day after 39 bodies were found inside a truck on the industrial estate. British media are reporting that the 39 people found dead in the back of a truck in southeastern England were Chinese citizens. AP PHOTO

But the confirmatory evidence is still being gathered across a number of jurisdictions worldwide.

“As a result, we cannot at this time announce the identity of any of the victims. We will continue to cooperate closely with the Vietnamese government, and others, to identify the victims and offer our support to all those affected by this tragedy,” the statement added.

The police continue to appeal to anyone who has information that may assist to identify the victims.