The molding of man’s personality

The concept of personality is a very important dynamic in social life. The molding of man’s personality is influenced by many factors. His thought and behavior must be understood for a smooth interpersonal relationships.

Exposure to the concept of outer and inner selves of an individual will result to smooth interpersonal relationships with others, whether in a group or in an organization.

The outer self of an individual, on one hand, is dictated by his conscious mind. It is a collection of physical characteristics, habit of speech and movement, and ways of thinking as well as expressing himself. 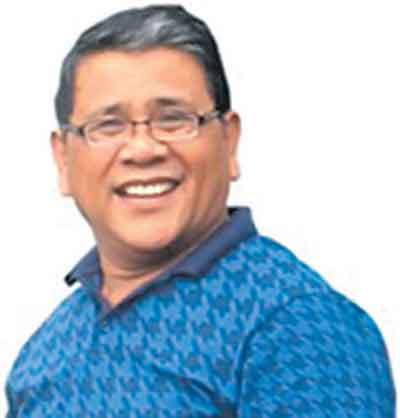 Outer self is a programmed idea of what he can and cannot do. It is dictated by his relationships to his peers, family and society, and guided by his educational background and by his past experiences.

On the other, the inner self is governed by his subconscious mind. It holds the power to create change, build and structure.

The inner self is the inner truth of who an individual is. It is his self-identity, his real concept of his capabilities and his physical being. Further, his inner self is a potent inner power that can either propel him to achieve or drive him to self-destruction.

It manifests in his unconscious behavior, which may either be positive or negative. It can be changed or enhanced.

Hence, an individual is in reality a two-sided person — posed by his outer and inner selves.

Another way of understanding someone’s personality is through transactional analysis. That is, to look at an individual using the PAC model. The PAC model is a state of an individual produced by the playback of recorded data of events in his past experiences, involving real people, real times, real decisions and real feelings (Thomas Harris, 1979).

As espoused by Harris, the P in the model stands for Parent, A for Adult, and C for Child. He described the model as follows:

Parent. The parent is a huge collection of recordings in the brain of unquestioned or imposed external events perceived by a person in his early years — the first five-year period of one’s life.

This is the period before the social birth of the individual, before leaving home in response to the demand of society and enters school. It is called the taught concept of one’s life.

Adult. An adult data accumulate as a result of the child’s ability to find out for himself what is different about actually living life from the concept of life his parents taught him and from what he felt was the concept of life in his child recordings. The adult develops a thought concept of life through the data gathering and data processing based on recording of external events. It starts from the 10th month of an individual’s age and onwards.

Child. The child is the seeing, hearing, feeling and understanding body of data. It is recordings of internal events, the response of the little person to what he sees and hears. It is called the felt concept of life.

All of these three recordings are present to an individual. The situation calls for whatever behavior he will evoke, so that such character will manifest during an encounter with him, whether as an authoritarian parent, a well-mannered adult or a provocative child.

Dr. Antonio G. Papa, regular contributor of The Manila Times, is a retired university professor at the College of Economics, Management and Development Studies at the Cavite State University in Indang, Cavite. After retirement, he also served as scientist 1 and consultant at the Marinduque State College in Boac, Marinduque. He is a graduate of both Master of Science and Doctor of Philosophy degrees in Extension Education at the University of the Philippines Los Baños, Laguna in 1986 and 1991, respectively.