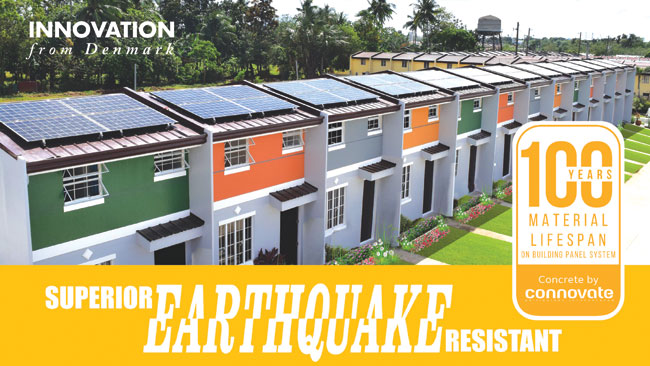 With the global recognition for sustainability, President and CEO of Imperial Homes Group of Companies Emma Imperial seeks to influence more builders to go green

IMPERIAL HOMES started out as a dream 36 years ago to offer Filipinos the opportunity to own their homes through mass housing projects. Then, as Imperial Homes Group of Companies President and CEO Emma Imperial travelled to Europe to look for inspiration, she saw that these cold countries were already shifting to solar energy and sustainable building technology. “I asked myself how can I not do that in my own country with abundant sunlight but highly prone to natural disasters such as earthquakes, volcanic eruptions, tropical cyclones and floods?” 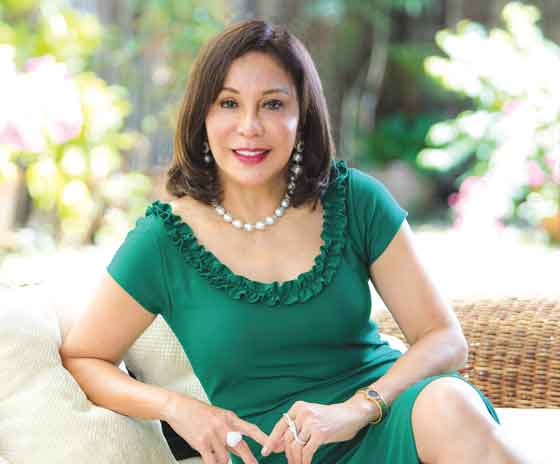 This led her to bring the technology home and scale it to her mass housing projects. “We partnered with Enfinity Global, with the belief on the phenomenal impact of solar on the 3.6 million housing backlog of the country,” Imperial shares.

The European company had initially entered the Philippines to build solar farms only, but Imperial convinced them of harnessing their expertise into developing solar communities as well. One of the first incidences that reaffirmed her of the importance of solar for housing was during the aftermath of Typhoon Reming, where their 100 solar-powered houses equipped with a capacity for 50 watts were the only ones that had electricity in a blacked-out vicinity.

Since their soft launch of the Via Verde Solar Powered Community in Sto. Tomas, Batangas in 2014, they have not stopped in improving their solar projects for the houses. “We saw some households in our communities gaining savings of up to 31 percent with using solar panels and lithium batteries.”

“The homeowners have also levelled up in life,” she happily reports. Their data shows that 20 percent of the women in the community have been empowered to become micro-entrepreneurs, taking advantage of the savings from their electricity bills to set up businesses like small catering services, ice candy stores, and tailor shops. “We have a mom who made a superb job of it, earning up to P60,000 monthly from her business. For the other housewives, we have recorded earning at an average of P16,000, which is not bad considering they pay only P7,000 on their houses! The rest serves as additional income for them.”

Their children are performing better at school too because their parents would not have to tell their kids to turn off the lights and go to sleep early just to save on electricity. Kids can now study at night. “Many have also been able to upgrade their appliances that match the middle housing market,” Imperial says. “They now have bigger TVs, refrigerators, and even air-conditioners. It makes me so happy to see this positive transformation.”

Global Champion For the Greater Good

Because of IHC’s efforts in integrating solar energy technology in its housing projects, The World Bank and the International Finance Corporation have awarded the company an EDGE Preliminary Certificate in 2015. This is a landmark achievement because Imperial Homes is the first housing company in the Philippines to receive such recognition. EDGE, which is the Excellence in Design for Greater Efficiencies, is an online platform, a green building standard, and a certification system for over 150 countries that helps to determine the most cost-effective options for designing green within a local climate context.

Imperial describes the criteria for being eligible for EDGE as a project that reaches their standard of 20 percent less energy use, 20 percent less water use, and 20 percent less embodied energy in building materials compared to a base case building can be independently certified. It is part of a global holistic strategy to steer construction in rapidly urbanizing economies onto a more low-carbon path. It’s an example of IFC’s commitment to creating markets that are competitive, sustainable, inclusive and resilient. “It was initiated by entities such as the World Bank group to encourage everyone in the industry to do something about fighting climate change.”

With the parameters set by the EDGE software, the Imperial Homes Tiarra Premiere Model in Batangas have exceeded expectations as it has recorded 32 percent less energy use, 28 percent less water use, and 38 percent less embodied energy in building materials from the plaswall they were using at the time.

Bolstered by the EDGE recognition, Imperial Homes’ journey into sustainability did not end there. On a trip to Denmark, Imperial met with Danish company Connovate, which manufactures concentrate that uses less cement, less sand, and less gravel to produce panel boards for construction. “They were making it for their high-end market, but I was able to convince them eventually to look at the Philippines and see its potential for use in mass housing,” she recalls.

They are now using Connovate materials for Imperial Homes projects and this has not only proven to be more eco-friendly compared to the traditional use of hollow blocks and cement, they are also guaranteeing that the structures have a strength of 14,000 psi, making their homes last a lifetime. “Connovate ensures that our houses can now last for 100 years. They are also earthquake and fire resistant. This gives our homeowners so much more return on investment because these are homes that they can truly pass on to their children.” 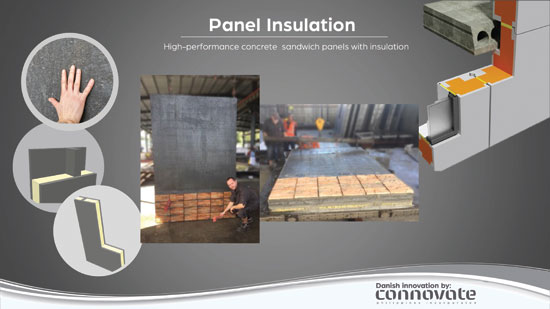 They are currently evaluating whether Connovate panels have a better impact on the respiratory health conditions of the homeowners as compared to traditional construction materials. “Connovate comes out so smooth and dense, almost like glass, making it resistant to moulds that can cause adverse effects to the respiratory system.”

On top of these, homeowners are now energy prosumers. As a prosumer, the ordinary electricity consumer generates electricity for own consumption, as well as sell any excess generation to the distribution grid. “We worked together with the Organization of Socialized and Economic Housing Developers of the Philippines (OSHDP) and Philippine Solar and Storage Energy Alliance (PSSEA) to lobby for better terms with the Energy Regulatory Commission (ERC) on net metering in our mass housing projects.” Net Metering is a government program that allows homes with solar to export any excess electricity generated from the solar panels to the local electricity distribution grid. The exported electricity will be measured and credited to the end-user’s next electricity bill, which further increases their savings. The Amended Net Metering Rules by ERC has made solar even more accessible for Filipinos with the removal of the Distribution Impact Study (DIS) fees and the prescription of the 20-day turnaround time.

Imperial Homes now has 10 communities that integrates solar panels, including Solana Verde, a mid-rise condominium development in Silang, Cavite, where the newer buildings are installed with Connovate technology. Because of these new additions to their sustainability efforts, they have been recently recognized again this November as an EDGE Champion by the World Bank and IFC.

“With our innovations, our grade has become even higher, with up to 70 percent less energy used not only because of solar panels but also due to the fact that the Connovate panels help cool the house. There is also less carbon footprint because the panels are lighter to transport, they do not use heat in the manufacturing process, and there is less need to gather sand, gravel, and cement.” Water usage is reduced as well. They source out kitchen and bathroom fixtures that provide less water wastage, even if it means lowering their profit margin by a little amount.

Hope for the future

Imperial says they walk the talk when it comes to sustainability and offer their clients the best housing products for their budget. At mass housing prices ranging from P450,000 to P1.7 Million, there are other developers who will go for 32 to 36 percent net income but they produce houses that are poor in quality, Imperial discloses. “This is changing now as the support from international groups such as the World Bank and IFC towards sustainability grows, encouraging banks to lower interest rates for green certified projects,” she adds. “This motivates other companies to spearhead more sustainable solutions.”

Imperial Homes is leading the way in the Philippines, and it is a business model to aspire to, with 70 percent compounded annual growth rate while walking the talk about environmental sustainability. This has led to interest from other developers, most notably Cary Lagdameo of Damosa Land in Davao, who is set to introduce Connovate technology in its property development projects. Imperial says she is in talks to introduce solar to Damosa Land as well. “We are influencing other developers, and we need to do this, for our future. Aside from financial giants such as the World Bank and IFC encouraging greener buildings through EDGE, the EU has already given a timeline of up to 2030 to lower carbon emissions and this is through the banning of non-electric cars and the introduction of building technology with low carbon footprint. This is where the world is going, and if we have that same technology available for construction, why not start now?” Imperial explains.

One of her next steps, she says is to address the solid waste problem in the country. They have started to put up Materials Recovery Facilities in their different projects.

Backed by the World Bank and IFC’s EDGE recognition in its quest towards sustainability and inclusive growth, Imperial Homes Corporation’s President and CEO Emma Imperial is relentless now more than ever in her mission to bring quality housing technology innovations to all parts of the Philippines.