Arum picks Pacquiao as Fighter of the Decade over Floyd

For fighting steadily despite the occasional loss for the past 40 years, Top Rank Promotions chief Bob Arum has chosen eight-division world champion Manny Pacquiao as Fighter of the Decade over undefeated Floyd Mayweather Jr.

The 88-year-old international boxing promoter, who has been at his job since the 1960s, said no fighter comes close to the Filipino ring icon in terms of accomplishments for the past 10 years.

He picked Pacquiao despite his unanimous decision loss to Mayweather in May 2015. 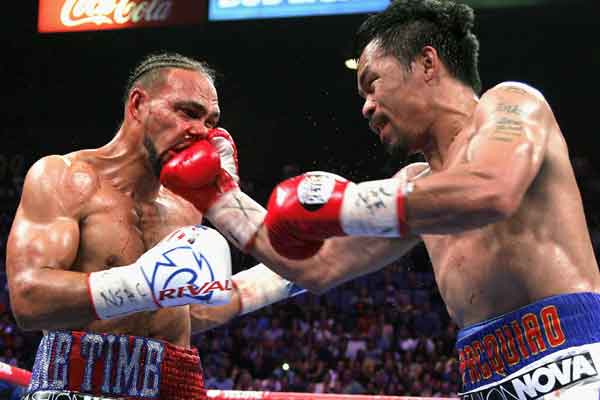 “Fighter of the decade? I say Manny Pacquiao… because of [his] body of work throughout the decade, when he fought regularly; he fought all those fighters. He was the one guy that [during] the years that Mayweather retired or didn’t fight carried the sports,” Arum told The Manila Times in an overseas call.

“I don’t even think it is close; I don’t think anybody can compare to Manny as fighter of the decade.”

But Pacquiao came back again with a spectacular seventh round technical knockout win over Lucas Matthysse in July 2018 in Malaysia.

Arum added that Mayweather did not fight so often unlike Pacquiao, and at the same time, Pacquiao has stayed competitive in the last four decades and expects himself to become a future member of the boxing hall of fame.

“Manny Pacquiao belongs to the greats and will go down with the greats,” he concluded.