The National Commission for Culture and the Arts (NCCA) welcomes its new chairman, Arsenio “Nick” Lizaso. Lizaso, who is the concurrent president of the Cultural Center of the Philippines, was elected by the Board of Commissioners of the NCCA during the most recent Board Meeting held on January 16. Lizaso will be leading the Commission as Chairman, serving for the term 2020 until 2022. 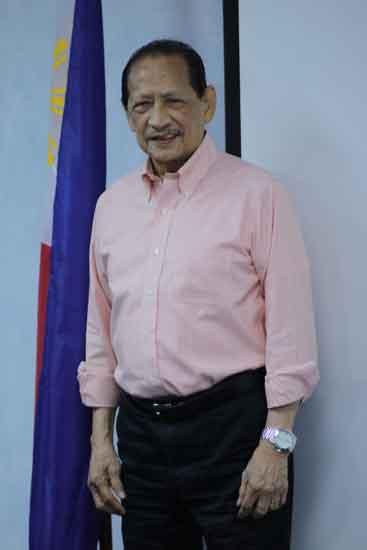 Lizaso is a renowned actor, director, and producer, working for more than 60 years in theater, television, and film. He has been in the field of theater since his college years and founded the University of the East (UE) Dramatic Guild as well as co-founded the Philippine Educational Theatre Association (PETA) with Cecile Guidote-Alvarez. Lizaso has been part more than fifty stage plays, establishing his niche in the sector. In 2009, he was also the only Asian invited to be part of the jury for the 6th International Student Theatre Festival held in Belarus, where he also conducted workshops on Voice Performance for Theatre.

Apart from theatre, Lizaso also became a known figure in the film industry. He appeared in films like “Anak ng Dilim," "Ulo ng Gapo” and many others, and also ventured into directing and producing television series and anthologies. Lizaso also served as president of the Director’s Guild of the Philippines from 1983 to 1985.

With his years of service to the arts and culture sector, Lizaso became part of the CCP Board of Trustees in 2010 and was elected as CCP president in June 2017.