Coca-Cola provides over 40,000 liters of water for Taal relief 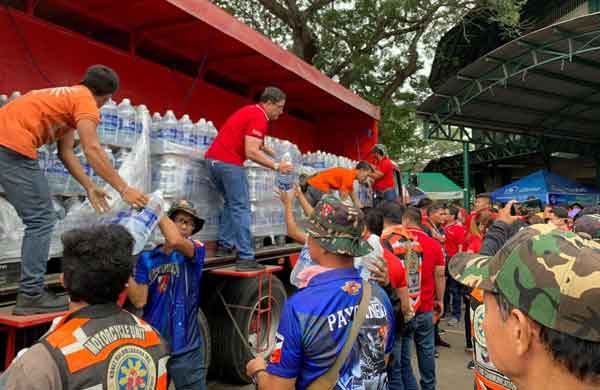 Coca-Cola has delivered over 40,000 liters of Wilkins water to evacuation centers or families affected by the Taal Volcano eruption.

AFTER the recent significant volcanic activity in Taal Volcano, with affected communities relocated to outside possible danger zones, Coca-Cola immediately mobilized volunteers for relief operations and served as one of the first responders.

Working together with local government units and nongovernment organizations, Coca-Cola distributed over 40,000 liters of Wilkins water to thousands of families in evacuation centers — among them, the Batangas Provincial Sports Complex, the Provincial Capitol of Cavite and in Barangay Kanluran in Sta. Rosa, Laguna. More will be distributed to affected areas in the coming days.

Coca-Cola’s facilities in South Luzon—such as Sta. Rosa, Canlubang and Silangan in Laguna—were also affected by Taal’s unrest, and Coca-Cola has prioritized the safety and welfare of its personnel.

“We here at Coca-Cola Beverages Philippines Inc. (CCBPI), offer our deepest sympathies to the families and communities surrounding Taal as they weather this calamity,” said Gareth McGeown, CEO of CCBPI. “As we join relevant authorities in monitoring the situation and fervently hope that no further devastation will occur, we are prepared to further provide assistance to all communities in need. We will continue to embody and champion the culture of malasakit.”

Going beyond providing beverages, Coca-Cola employees from the Imus bottling plant have also donated 2,000 face masks in coordination with the Christian Commission Fellowship (CFF) and Junior Chamber International (JCI) Foundation Imus and have organized an ongoing donation drive for canned goods, blankets and other necessities of the evacuees.