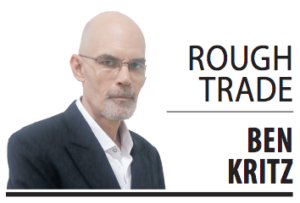 MAKE no mistake, infection by the 2019 novel coronavirus (2019-nCoV) causes serious and, in some cases, life-threatening illness, and the outbreak is having some significant economic impact. The real epidemic of what is being commonly called the “Wuhan virus” may not be the potentially deadly virus itself, but rather the media and political reactions to it, which are fueling a global panic.

Before I explain that assertion, let us review what is known about the virus so far. 2019-nCoV is similar to the severe acute respiratory syndrome (SARS) virus that created a global panic in 2003, and essentially causes pneumonia in an infected person. The coronavirus was apparently first detected around December 8 in Wuhan, and is believed to have spread from animals or animal meat to humans by way of one wet market in that city. The first death from 2019-nCoV was recorded in Wuhan on January 9.

The airborne virus is highly contagious, and can be spread by close contact with infected persons. The infection takes between two and 10 days to reveal itself through symptoms.

Researchers are uncertain whether an infected person can spread the virus during the incubation period, but they suspect that is probably the case, given how quickly the infection has spread. They have determined that each infected person, on average, will infect from one to three other people before being isolated for treatment.

As of this writing (January 30), 7,711 cases have been positively identified and there have been 171 deaths, with the vast majority of cases being recorded in China. There have been 93 confirmed cases in 20 other countries so far. By the time this reaches print, all those numbers would have gone up, but the mortality rate would probably not. Although it can cause serious illness, 2019-nCoV has a mortality rate of just 2.2 percent, much less than SARS (about 10 percent) or Ebola, which kills half the people it infects.

Here in the Philippines, there have been about two dozen people placed under observation on suspicion that they might be infected, and one of those died in San Lazaro Hospital in Manila on Wednesday. That patient, however, was later found to have other serious health problems and was not infected with 2019-nCoV. As of late Thursday, just one of the other suspected cases had been confirmed.

In response to the epidemic, 194 countries have imposed some sort of restrictions, from implementing extra screening of travelers at airports to completely closing their borders to travelers from China. Several countries, including the Philippines, have either moved to evacuate their citizens from the worst-affected areas in China, in particular Hubei province, or are finalizing plans to do so.

China, for its part, has imposed draconian measures to try to stop the spread of the virus.

Wuhan and most of the other urban centers in Hubei have been placed under lockdown, with residents told to stay indoors. There have been travel restrictions of varying severity in other parts of the country, as well, which severely constrained normal life and business during the busy Lunar New Year holiday last week.

Several overseas companies with operations in China have suspended them, including Ayala-led Integrated Micro-electronics Inc., which has delayed the postholiday restart of operations at four of its China-based facilities until at least February 10, according to a company statement on January 30. Google also announced it was closing four of its Chinese offices, and Starbucks said it would temporarily close about half of its 2,400 stores in China, as well. Similarly, dozens of airlines have curtailed flights to China.

Although there is some justification for the abovementioned measures, China being the epicenter of the outbreak, it is the reaction of populations not obviously affected by what is happening in China that has become by turns bewildering and amusing. Observing Filipinos’ behavior (a friend from the US said Americans have become similarly panic-stricken), one would guess that the country is afflicted by a full-scale epidemic. For this, we can blame the Department of Health (DoH), the local media and, although precious little can be done about it, activity on social media.

For its part, the DoH, as the lead agency responsible for dealing with the situation, has been sending mixed signals. While decrying the spread of “fake news” about the disease, its excitement at having something this big to talk about bleeds through its statements. It is actually not at all necessary nor helpful to anyone to discuss “suspected” cases of 2019-nCoV, or the number of persons being “monitored.”

The general public, otherwise exposed to news that is being sensationalized for maximum attention-grabbing effect, does not make the fine distinction between “people who might have come into contact with the virus” and “people who are infected with it.” People then carry this misinterpretation with them onto the social media, where the misinformation is amplified and spreads. Meanwhile, real-world economic impacts of the epidemic — tourism, transportation and trade have all taken a serious hit, which is reflected in the financial markets — are being made worse by excessive coverage. Investors who hear news that “investors have been rattled by the outbreak” are going to be rattled in fact, and act accordingly.

Keep it in perspective

A research paper published in the Journal of Global Health on December 9 — coincidentally just about the same time 2019-nCoV first appeared — examined different ways of calculating mortality rates from the common flu and determined that, on average, about 389,000 people worldwide die from that each year. By contrast, 2019-nCoV is a not particularly lethal virus — a 2.2-percent mortality rate means that one has a 97.8-percent chance of recovering from the illness — and has in almost two months of unchecked spread infected a relatively small number of people, the vast majority of which are concentrated in a relatively small area. Those who have turned up elsewhere, either in other places in China or in other countries, have all been connected in some way with the location of the original outbreak, or with people who are connected in some way.

Indeed, it is a serious concern, and work to prevent or cure infections should be prioritized.

But reporting on that should remain objective and circumspect, providing information that actually helps people and businesses decide if they need to protect themselves, and in what manner. If information is handled in that way, there will be less ambiguity to breed the inevitable misinformation that the public spreads among itself, and consequently, less irrationality and unnecessary fear.