NATIONAL government financing soared to nearly P1 trillion in 2019 on the back of higher domestic borrowings, data from the Bureau of the Treasury (BTr) showed on Wednesday. 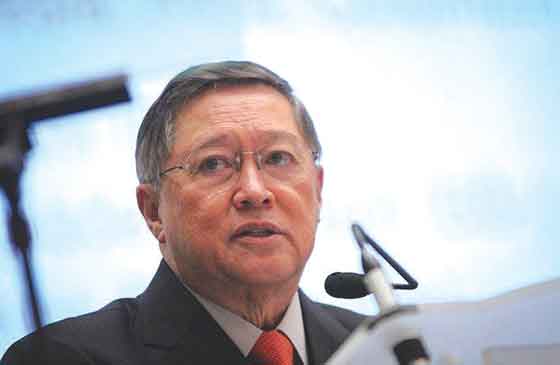 In a statement, the Department of Finance (DoF) said the BTr reported to Finance Secretary Carlos Dominguez 3rd that it raised about P995 billion in financing for the government in 2019.

The bureau attributed the amount, a 10.85-percent increase from P897.55 billion in 2018, to its “proactive borrowing strategy that reduced the government’s exposure to foreign exchange risks.”

“More spending on public services, such as health-related ones, would be more meaningful for [many] Filipinos,” he added.

In a breakdown, issuances of government securities pushed domestic borrowings to reach P693.8 billion last year, 16.7 percent higher than the P594.47 billion in 2018.

“Domestic sources accounted for 70 percent of the government’s borrowings last year, achieving the BTr’s desired 70-30 financing mix that aims to reduce the country’s exposure to external risks while developing the local debt markets,” the DoF said.

Total external financing last year was raised from the issuance of about P185.7 billion in global bonds.

The US-dollar global bonds were priced 110 basis points (bps) above the benchmark US treasuries; the euro bonds, 70 bps; and the three-year panda bonds, 32 bps. The samurai bonds had a weighted average spread of 37 bps.

“We issued in the currencies of our top trading partners and in jurisdictions with abundant savings, but low return opportunities, thus preserving the scarcity value of Philippine dollar bonds and the tightness of our sovereign issue spreads,” de Leon said.

Regular bond issuances in multiple markets also paves the way for the Philippines’ increased reliance on global bonds at minimal cost adjustments, in case access to official development assistance is diminished by the country’s ascension to upper middle-income status, which is expected ahead of schedule this year, she added.