Prostitution in the Philippines: What the headline-grabbers are not saying

Recent hearings in our legislatures on prostitution, taxation and immigration related to Philippine offshore gaming operators (POGOs) are legitimate items to address.  But perspective is also needed beyond political grandstanding and emotions.  What are backgrounders that can help us analyze and make decisions good for the Filipinos?

POGO started as Japanese and South Korean operations in the Philippines, decades before the Chinese, except the scale was not as large or as abrupt as the entry of the Chinese. 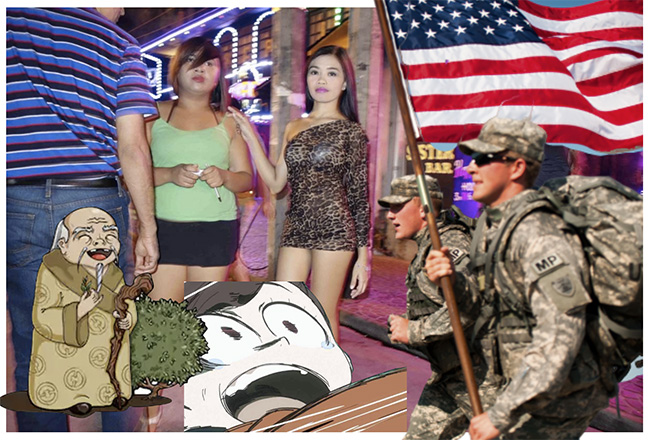 Despite the dramatic claims of some politicians, the industry generates very substantial economic benefits — above P100 billion a year flowing into the economy, employing countless Filipinos service providers, renting and buying from Filipino landlords, purchasing Filipino goods — easily shown if the concerned politicians wish to do their research.  If we want the industry out, let us do so in an organized fashion.

Prostitution knows no nationality.  It is true that POGO brought in Chinese prostitutes, but the political groups raising these issues did not address the issue of prostitution with other nationalities.  Then-United States Ambassador Harry Thomas brought it up in an international judicial conference, saying, “maybe up to 40 percent of foreign men who come here come for sexual tourism…”  American serviceman Daniel Smith was whisked to the US after being convicted of raping a Filipina and being acquitted when “victim” Nicole was suddenly granted support and a US passport when she waived charges.  Is that an obvious bribe sanctioned by state agencies? Similarly, US Marine Joseph Scott Pemberton, due to the Visiting Forces Agreement, was never subject to the sovereign custody of the Philippine laws, but under special conditions determined by the US.

US bases have built entire “entertainment” cities with over a hundred thousand entertainers engaging in the world’s oldest profession — and we allowed this, thousands of children born out of wedlock or protection, and left behind notwithstanding.  Larry Hillblom of DHL, one of the billionaire founders, recorded also as pedophile, made the Philippines a base and had dozens of underaged sex partners all over Southeast Asia, eventually paying hundreds of millions of dollars in settlement, including to two Filipino children.  Las Vegas is famous also for its prostitutes, and so is New York as exposed in several books and movies like the Wolf of Wall Street.  US and European politics even at the highest levels is replete with examples, with a famous alleged organizer Epstein dying under suspicious circumstances while under trial.

Tourism, sex, crimes, etc... come also with the industry.  Fr Shay Cullen, writes: “We must not forget the estimated 100,000 under age children that are abused, trafficked, sold and sexually exploited in the sex clubs, bars, brothels and beach resorts all over the country.... It attracts pedophiles and sex tourists from all over the world, mostly coming from South Korea, the US, Japan, the United Kingdom, Australia and European Union countries.”  The Philippines is one of the world’s centers of pedophile activities, and once had the distinction of having the largest multi-story sex massage parlor in Asia as well as clubs with hundreds of entertainers each.

Middle-Eastern customers wielded such power and clout in the 1970s and ‘80s due to the power of oil, causing many fights in night establishments in Manila.  At that time, they paid the most, eventually superseded by the Japanese.  Japanese groups in the 1980s owned most of the nightclubs, massage parlors, karaoke bars on the entire Roxas Boulevard, and shared Mabini area with the Australians and other groups, creating a tourist destination active night ‘til dawn, without much complaint it seems.  The Yakuza owned and operated major hotels and resorts all over the country as well, and could be considered significant investors. Syndicates all over Asia came to Manila to operate insurance, ponzi and other gray areas schemes, as well as real investments.

Export or import beauties as well?  The visits of Russian, East European, South American, other beauties into the Philippines is well known — both for modeling and special services, apart from joining operating establishments.

The Philippines is also a known exporter of “entertainers,” many of whom are legitimate, but with a large portion engaging in “sidelines,” especially in earlier decades.  In 2013, unscrupulous officials from the DFA were linked to “sex-for-fly” scam, on our own overseas Filipino workers.  Associated Press reports of the Brunei Beauties: “a tale of sex and titillation: the country’s most beautiful stars, lured by big money into prostitution in Brunei… over a dozen beauty queens, several dozen aspiring actresses and even hostesses have gone to Brunei with glowing reports of instant wealth.”  A celebrity claimed to have been offered $19,000 to sing two songs.

“Japayukis,” Filipino entertainers entering Japan, grew tremendously in the 1980s to ‘90s; many were illegal and run by Filipino recruiters and Japanese syndicates.  Their remittances were an important factor in keeping the Philippines afloat during a time of severe economic weakness.   “Filipina Migrants to Japan” by James Anderson writes: “Despite a ban in Japan on unskilled foreign workers, entertainers were extended a six-month visa as ‘guests.’” International Organization for Migration (IOM 1997:25) accepts the exaggerated figure of 75,000 Filipinas engaged in prostitution...  and estimates grew to some 150,000 by the mid-2000s when the Philippine government had to intervene to prevent sudden wholesale repatriation of Filipina entertainers from Japan (supposedly at the behest of a superpower to penalize the Philippines for withdrawing from Iraq, although purportedly for human trafficking violations... which however apparently didn’t apply to other Asian country entertainers then.)  The study writes, “arrests and deportations of undocumented entertainers created an image of Filipinas and other Asians as iniquitous law breakers.”

Does the above sound familiar?  In fact, the Filipinos, once having the top number of illegal immigrants in the world, “TNTs”... ie “tago ng tago,” now still among the top 5... stories of shortcuts in legal processes and inappropriate extensions, stays, processes, prostitution, exploitations, vulnerabilities...

But not because of malice or attempts to take over. No, the large numbers of legal and illegal Filipino workers in the US, Middle East, Hong Kong, etc. are not there to spy or take over.  They are ordinary people trying to better their lives, but yes, breaking the laws they shouldn’t, possibly creating some level of friction due to differences in culture but contributing to economic services needed in the country, but hardly the basis for continuous focus as basis of danger by esteemed legislators.

Negatives come with the positives in every relationship, every industry.  It is a matter of how we manage them and get the better value vs. the costs, right for our stage of our development; although it is worth refining laws on, conveying to involved parties, and implementing. Some countries in Europe, and even Singapore, have made prostitution legal, monitored, and taxable activity, in order to be able to manage health and crime issues. Whether we want to keep POGO or not is a policy issue for the Filipinos to determine, Cambodia already has shown such operations are subjectable to the country’s laws and that it will be respected.

Our Senate and government have more constructive things to do than focus constantly on headline-grabbing issues… there are more than a thousand-fold of abused women and children locally to deal with... although regulation and implementing our policies are important part of political functions.

We have our own 100 million plus Filipinos to protect, develop, empower.  This should be given more attention and assistance.

New Worlds by IDSI (Integrated Development Studies Institute) aims to present frameworks based on a balance of economic theory, historical realities, ground success in real business and communities, and attempt for common good, culture, and spirituality. We welcome logical feedback and possibly working together with compatible frameworks ([email protected]).