‘Plot to oust Duterte will not succeed’ 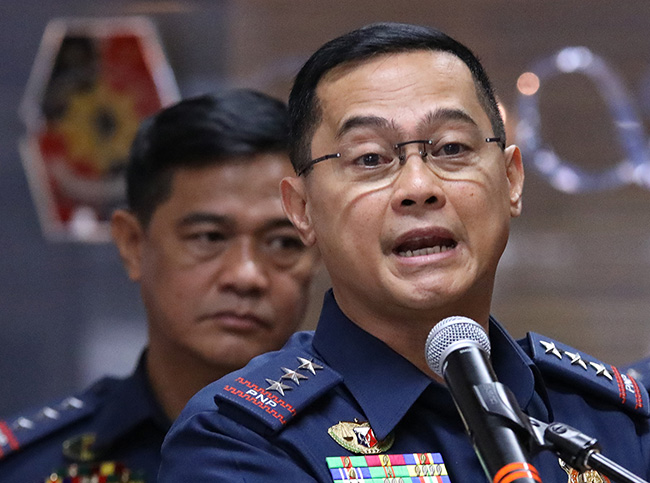 Gamboa gave assurances that the PNP and the Armed Forces of the Philippines (AFP) would not back the removal of Duterte as president.

“We assure the public that there is no such thing that will be supported by the PNP and AFP,” he told reporters in a press briefing Monday.

Gaboa dismissed the notion that people were unhappy with the performance of the President.

“How can we not succeed with the high rating of the President?” he pointed out.

The PNP chief said there were no reports of groups threatening to disrupt the People Power Revolution anniversary today. February 25.

Recently, groups like the Coalition Against Federalism in the Philippines and Kilusang Kontra Tsina called for the removal of Duterte from the presidency.