BEIJING: Vietnamese fishing boats have been increasingly intruding into Chinese territorial waters near Hainan Island and Guangdong Province, both are home to many Chinese military bases.

A total of 311 Vietnamese fishing boats intruded into Chinese internal waters, territorial waters and exclusive economic zones in South China in February for the purpose of illegal fishing and spying, according to a report conducted by the South China Sea Strategic Situation Probing Initiative (SCSPI), a think tank at Peking University. 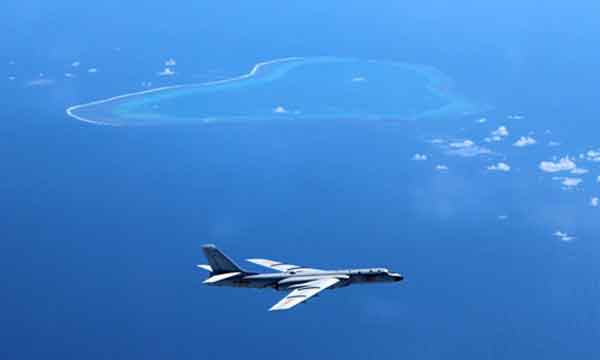 Among them, 212 entered the southeastern waters of Hainan Island, Leizhou Peninsula and waters near Guangdong, and some 90 fishing boats entered the Chinese waters of the Beibu Gulf, it said.

Most of these fishing boats operated in areas close to some of the major routes for China’s naval and air forces stationed in the two provinces, and some Vietnamese boats even came within sight of Chinese military bases, the report said.

Hu Bo, director of the SCSPI, told the Global Times on Wednesday that they began to monitor Vietnamese boats’ activities in January.

The research team used data from the Automatic Identification System, an automated tracking system used to track vessels’ movements to avoid collision, while monitoring the Vietnamese boats and regularly releasing reports on it, Hu said.

“Considering that some Vietnamese boats may shut off their AIS terminals, the actual number of their boats could be larger than what we have monitored,” Hu said. In addition to the AIS data, Hu said the team had also visited several islands and spoken to Chinese fishermen for verification.

Compared with Vietnam’s previous activities in what are considered to be disputed waters of the South China sea, such activities in China’s non-disputed waters are of a more serious nature, representing an outright violation of China’s sovereignty and security and of related international laws such as the United Nations Charter, Hu said.

The team also found that some Vietnamese fishing vessels deliberately changed their AIS information or fraudulently used the vessel calls of merchant ships and Chinese vessels, posing a challenge for China’s law enforcement.

Hanoi needs to rein in its illegal fishing activities to maintain bilateral relations and its international image, Hu said.