Ripples in bits and bytes 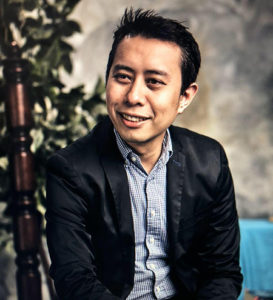 “The treasures in my life are all mistakes I did, which I should not do again. They are my big lessons.”

“In this fast-paced life, everyone can be an entrepreneur. But it’s definitely not for the faint of heart. What would you do if you lacked one million pesos to pay the staff’s salaries and suppliers in the next two weeks?”

Lessons from the birds

In July 2012, Kernan found himself to be hovering below P1 million in debt. His daughter Kiara, 7, had leukemia, and Asian Hospital bills had dented his credit card a negative P500,000. His company was closing. Expenses were bigger than income. He lost his full-time job. TechSupport.PH was just on part-time basis then.

“SAP, the world’s biggest IT company, wanted to employ me,” he recalls. “It was a turning point for me to get offered a high-paying job that would have provided a P250,000 monthly salary. I declined and decided to focus on TechSupport. Fortunately, I married my wife, Lourainne. My (real) requirement at that time was love.” He reads from his cellphone his guiding verse, Matthew 6:26, about observing “the birds of the air” that “do not sow or reap or store away in barns, and yet your heavenly Father feeds them. Are you not much more valuable than they?”

Fast forward to 2020. Kernan does IT outsourcing for 3,000 customers, including 7-11, Kenny Rogers, Seattle’s Best, travel agencies and SMEs. He puts in pure hard work at whatever cost, even if it’s not profitable. At the end of the day, everything will fix itself, he explains.

“When you have digital assets like making content online and creating your own digital outlets, in time they will become residual income without you doing anything,” he says.

“The industry will keep on growing. Everybody will still need to eat, drink and buy something in this digital age. It so happens that IT and logistics are connected.

“The treasures in my life are all the mistakes I did, which I should not do again. They are my big lessons.”

Living la vida digital began in the 1980s, during Kernan’s elementary years in San Juan’s Aquinas School. He toyed around with a single-player video game, Montezuma’s Revenge, on an Apple eight-bit microcomputer that his computer programmer-uncle Oscar Gener owned. At Mandaluyong High School, he turned into a computer nerd when dad Edward, a salaried salesman, bought him a new Intel 386 32-bit microprocessor.

“Why study information technology when you already know it,” his wise father told Kernan, who earned a degree in marketing and marketing management from San Beda College. On his final semester, his father lost his job when Universal Robina Corp. closed Presto Ice Cream. “I missed my tuition installment. Yet, I was allowed to join the 1999 graduation march,” Kernan says.

Without school records, Kernan still managed to work as medical representative at Quad Medical Resources after his on-the-job training there. As sales manager of Advanced Synergies Philippines, he sold software to help manufacturing companies automate their processes. (Two years ago, Kernan paid P19,000 to redeem his school records. That finally put to rest his children questioning whether or not he really graduated.)

Kernan’s dad, a native of Gingoog, near Cagayan de Oro, constantly advised him “to stay employed as it was too risky to resign from work.”

The 2002 exodus of information technology professionals to Singapore inspired Kernan and his elementary-to-high school classmate, Herbert Bactong, to set up TechSupport.PH. They aimed to help small businesses’ IT facilities outsourced to them. The first client paid P4,000 for the maintenance of one company’s computer per monthly visit, which they outsourced for P500. The balance took care of the company’s Securities and Exchange Commission registration fee.

Kernan set up a computer in his room to fax a welter of daily messages, offering services to thousands of companies. Some unhappy recipients faxed back to say the unsolicited ads wasted companies’ thermal paper.

In 2002, Summa Kumagai, a Skyway contractor firm, hired them for P250,000. The welcome infusion saw an office being organized and the hiring of undergraduate staff.

Undergraduates have dreams, are more passionate and want to prove something in their lives. The right attitude will develop in no time, Kernan says.

Slowly, the business grew until 2012. Expenses grew bigger than the income.

Salesman Kernan bought the technical support company. “I went back to basics. I simplified my lifestyle. I came from a P150,000 job to zero,” he says, reflecting on that halcyon period. “We reduced expenses until there was nothing to reduce. I slowly found myself where I was good at and focused on it.

“Then, I had seven employees and a lot of small clients. We looked for those who would pay P4,000, P8,000, P1,5000 a month,” Kernan says. “I wanted to give back the money to the employees, so we didn’t overspend.” The dust settled and since the business was doing well, Kernan and his wife Lourainne tried to find an outlet that would allow them to give back to society. Kernan believes that the one you helped will also help you. Profit will come, whether you like it or not, if your objective is to help.

That philosophy also seeps into the company culture. “We’re a service company and very passionate about the services we give.” Reading Rich Man, Poor Dad changed Kernan’s life. Robert Kiyosaki’s book talks about how to find and create a business. Who Moved My Cheese by Dr. Spencer Johnson about change in work and life, influences him as well.

Kernan met Lourainne, who was selling surplus items in a secondhand shop in Cebu. He persuades her to move to Sky Freight, to pursue a sales-related, corporate career. She learned the business, and they put up a freight-forwarding business in Cebu, IMPEXTIC.com, in 2009. From a P100,000 surplus multicab, the firm now has tractors to pull trailers which carry containers, and 4-and-6-wheeler trucks. They set up a Manila office.

Kernan signed up for Rotary Club Makati North in 2016, immediately becoming president. “When I joined Rotary, one objective was to cause a ripple in the pond that would cause a big effect later down the road in someone’s life. That’s what Rotary has always meant to me — causing a ripple. Our time, talent and treasure enables us to help others,” he says.

“We’re continuing the legacy that the elders have been doing, and which has been happening for two decades. Rotary’s feeding program, in particular, put a dent in my heart.”

As with work and social commitments, Kernan also gives his all when it involves his playtime. He confesses that he did not ask Lourainne’s permission when he went skydiving in Las Vegas. He was about to jump off the plane when he wanted to back out. However, he went ahead after noticing the queue of four to five individuals patiently waiting behind him without having sat down since lift off. He tandem-jumped with an instructor at 15,000 feet.

Their descent was captured in a three-minute video on YouTube. Since he wants his 80-plus employees to be fit and exude energy, he’s the first to set an example, running a 21-kilometer marathon at the Mall of Asia by the Bay.

Those ripples Kernan has been keen on creating. For sure, some of them have become mighty strong waves by now.