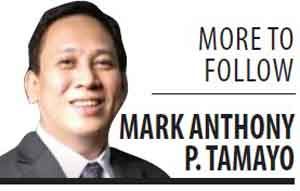 Last week, we discussed the salient features of the recently issued Customs Administrative Order (CAO) 02-2020 in relation to the dispute settlement and protest rules arising from tariff classification issues. Such issues may affect the assessment of duties, taxes and other charges on imported goods.

In today’s column, we shall discuss importers’ administrative remedies under this order concerning other issues that the Bureau of Customs (BoC) may raise at the border (i.e. before the goods are released from customs custody).

At the border, BoC officers would normally scrutinize the declared value of a particular shipment to determine whether the same accurately represents the price “actually paid or payable” by the importer to the seller for the imported goods. The officers may require importers to provide an explanation, including the submission of additional documents (e.g., proof payment to the seller, purchase orders, contract of sale, etc.) or other evidence to prove the correctness of the declared value.

Another approach commonly adopted is to challenge the declared values through reference values (used as a risk management tool) based on previously accepted values of imported identical or similar goods between unrelated parties. This method is usually applied to related party transactions where the prices between the parties may have been influenced by the relationship. In this case, the BoC would not only take a close look at the prices declared, but also the appropriateness of the appraisement method adopted by the importer or broker.

During the verification process, other related issues may also be raised, including the incorrectness of the dutiable and value-added tax components reflected in the goods declaration.

In case of a BoC upgrade or adjustment, the burden of justifying the correctness and acceptability of the value of the imported goods is on the importer.

Under CAO 02-2020, if the issue raised pertain to the proper application of customs valuation rules, the same is deemed to involve a “difficult or highly technical question.”

In such case, the importer shall be required by the district collector (DC) to support its declared value by submitting a position paper within five days from receiving the notice. The collector shall then be required to resolve the issue within 15 days from the submission of the position paper. The decision of the DC can be appealed to the BoC Commissioner.

Except for rulings issued by the Tariff Commission (TC), any ruling issued by the commissioner may be the subject of a motion for reconsideration (within 15 calendar days from receipt of the ruling) by an aggrieved importer.

The BoC is tasked to verify the authenticity or accuracy of a certificate of origin (CO) regarding the true origin of the product. A CO is a document used in international trade that is certified by authorities in the exporting country to attest that the shipped goods were produced, manufactured or processed in a particular country (country of origin). It is required to be submitted to a customs authority of the importing country to justify the product's eligibility for entry and/or its entitlement to preferential treatment.

The origin of a product can have an effect on the products’ eligibility for entry, entitlement to preferential duty rate treatment and safeguards or dumping duty, among others. Thus, as a matter of approach, the BoC would subject the CO to scrutiny.

If an origin issue is raised, the importer may formally request the DC for verification of the CO from the issuing country.

In the meantime, the importer may request the tentative release of the goods (under a tentative assessment) upon payment of duties and taxes as declared and posting of a surety to cover the disputed amount.

A confirmation (of the CO’s authenticity or accuracy) from the issuing country would result in the refund or cancellation of the security posted. Otherwise, the posted security (under a tentative assessment) shall be made to answer for the deficiency in duties and taxes.

Exclusion under the CAO

The dispute settlement mechanism shall not apply in cases of intentional or fraudulent misdeclaration, misclassification or undervaluation involving the submission of false or altered document and false statements or information, among others. In such cases, the particular rules on misdeclaration, misclassification or undervaluation in goods declaration under Section 1400 of the CMTA will apply.

The penalty to be imposed in these cases is a surcharge of 500 percent of the duty and tax due. In addition, the goods shall be seized.

If the dispute settlement mechanism has commenced and fraud is discovered at any stage, an enforcement issue is deemed to have arisen. Accordingly, the proceedings will be terminated and a warrant of seizure and detention will be issued against the shipment.

The release of the much-awaited dispute settlement guidelines is indeed a welcome development for importers and stakeholders if only to put certainty on the remedies that would be available to them.

Although a technical committee may be created by the BoC to expedite and provide assistance in resolving dispute settlement issues, the likelihood of delay is still high, even in non-technical or non-difficult issues.

A delay creates uncertainty and remains a serious concern for importers and stakeholders. Managing customs compliance obligations responsibly and proactively can make a critical difference.

Mark Anthony P. Tamayo is a partner of Mata-Perez, Tamayo & Francisco (MTF) Counsel. He is the 2016 Asia Tax Practice Leader awarded by the International Tax Review and a recognized authority on Customs and International Trade.

The content of this article is not a substitute for professional advice where the specific circumstances warrant. If you have any question or comment, email the author at [email protected] or visit the MTF website at www.mtfcounsel.com.