No matter how remote an area may be, this gutsy former beauty titleholder is determined to bring solar energy to the 16 million Filipinos who remain unserved and underserved. 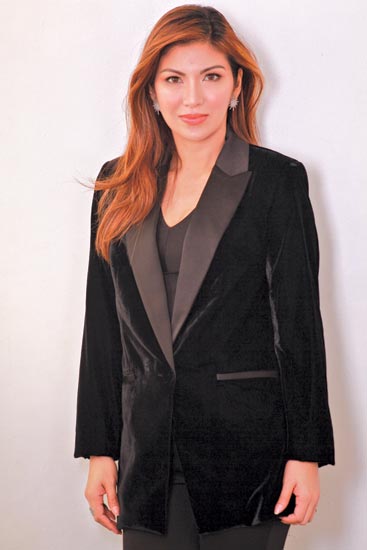 “What got me here — I don’t know. It’s probably a higher calling, or let’s say ‘fate.’ Not on many occasions does a woman set foot in the thrones of volts, amps and hertz.”

In the heritage of Don Guillermo Parish Church in Bacolor, Pampanga, half-buried in lahar from Mt. Pinatubo’s spectacular eruption in 1991, inhabitants can now celebrate Mass at night because of solar energy. In Sapang Biatas village in Mabalacat City, also in Pampanga, solar-driven street lights enable residents to access the health center, plaza and gym in the evenings. Meanwhile, smart photovoltaic panels installed on rooftops in Boracay harvest energy from the sun, generating cleaner, cheaper and continuous electricity. A one-time battery charge can store up to three months worth of energy.

“We would love to do more of these projects, no matter how many roofs we will need to climb and islands to cross, to install our solar [power] systems,” says Jenny Lin G. Maaño, president of SunSmart Solar Power Technology Inc.

Energizing these off-grid areas required the former Miss Mabalacat 1998 and Miss Manila finalist to travel to far-flung islands, scale uneven hills and valleys, and slide to isolated beaches. But she remains doggedly committed to that goal. “We aim to provide power to the unserved and underserved areas. We want to make life sustainable and economically viable for 16 million Filipinos without access to electricity.”

Where power is expensive, scarce and inaccessible in isolated areas, SunSmart works with the National Electrification Administration, the Philippine Rural Electric Cooperative Association and local government units (LGUs). “Many of the areas covered by electric cooperatives’ franchise [are] landmarks and heritage islands, valleys and hills, [and] irrigation farmlands [that] were left undeveloped for years,” Jenny says.

The company’s ultimate dream is to create and sustain a 100-percent all-renewable energy development program. Technology will stabilize electricity cost, mitigate greenhouse emissions and help global climate change adaptation initiatives. “What got me here — I don’t know. It’s probably a higher calling, or let’s say ‘fate.’ Not on many occasions does a woman set foot in the thrones of volts, amps and hertz,” Jenny says.

“And to vibrate in the same frequency with men is the most challenging part. Solar power is not just about the sun, the panels and the system. It is the renewable power of now and the future,” she adds. 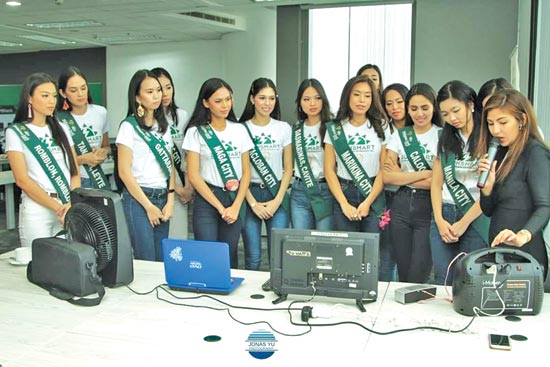 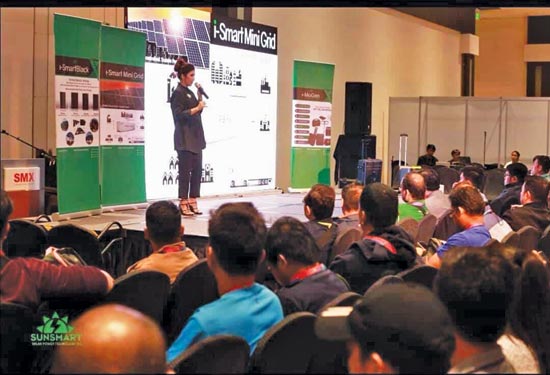 “Women empowerment happens when we (women) empower each other to be the best of who we are. Every woman must find and bring out the best version of herself. Bring out that niche, transform and escalate from there. SunSmart is the woman who aspires to win the crown, and I’ll do everything for her to attain it.”

Understanding rural electrification provides answers to power scarcity and rural access for farmers who plow the field and fishermen who cast nets, says Jenny. Farm workers rely on agriculture and water supply to make their machines and equipment work.

“In this business, the principles of ‘P’ go beyond profit,” Jenny believes. “It is purpose (intent), people (goodwill) and praying (all for His glory). Once we realize all these, anything is possible.”

“We were focused on doing big solar farms where additional investment was required to have land space to construct big photovoltaic panels to capture the sun’s energy,” Jenny recalls. “I told my husband, William Ngai, that we could change the trend by having one solar device for each house to resolve the power problems of every Filipino, particularly where electricity is not [only] expensive, but also scarce. The solar devices are inspired by the Philippines and the Filipino way of life.”

Jenny asked her husband’s China solar factory to send over a few small solar devices. At first, Jenny sold them to raise funds for a provincial chapel she was putting up. Being portable, solar-powered, clean and promising no more brownouts made the units sold fast. The fact it was able to generate electricity to power lights, fans, mobile phones and play music via FM radio, USB and Bluetooth attracted droves of clients.

SunSmart systems are now in Pampanga, Tarlac, Bulacan, La Union, Pangasinan, Aklan, Davao and Palawan. In three years, the business has expanded to include distributors in Nigeria, South Africa and the United Arab Emirates.

Each SunSmart solar system has its own artificial intelligence to optimize efficient harvesting, producing, storing and distributing energy. In three months, a mini-grid hybrid power station can be embedded, isolated and decentralized in a 20-foot or 40-foot hi-cube container. An intelligent mobile generator comes in a compact, portable and lightweight box. Just plug and play.

Jenny was a ramp, commercial and print advertising model for cosmetics, jeans, baby products, toothpaste, clothes and a beach resort when she was younger. A talent scout spotted her at 17 tending grandfather’s store near the university belt in Sampaloc district. The proverbial embodiment of beauty and brains, Jenny was a scholar and deans’ lister at the University of the East, where she graduated with a business administration and management degree.

Parents Franco, a mechanical technician from Marinduque, and Rowena, a housewife from Pampanga, raised Jenny by the riverside in Mabalacat. She first worked as a trade assistant at the Philippine Stock Exchange, then moved to Nextel Communications as a customer service assistant. She rose to marketing and sales associate, reporting to the executive office. Here, she met the company owner, William Che Hon Ngai, a Canadian-Chinese, who set up Infopage Telecom, reportedly the first and largest Philippine paging system, and Nextel, the two-way radio and cellular phone system in the early 1990s. SunSmart Solar Power followed in 2015.

Jenny may have turned her back on what describes as the “perks and seemingly easy income from modeling and beauty pageants to be different from others and become a woman executive in the corporate world,” but she still enjoys presenting herself stylishly. “That’s the key to confidence, presence, passion and power in public.”

Using more renewable energy resources; putting up an assembly plant and an engineering center to create more jobs; and inspiring the youth to use technology in saving the environment

I started modelling at 17. I did a print ad for an apparel company. I got paid P75,000 (less commission) for a single ad.

I use social media to only communicate. I rarely browse feeds and stories, which I take a very quick glimpse at before going to sleep. When I post a recent event I attended, it will surely be a late post.