Without direct reference, showbiz insiders are certain that it’s Rosanna Roces who Lolit Solis referred to as “laos na bold star” in her comments shortly after her ward Christopher de Leon admitted he tested positive Covid-19. (The actor has since fully reco­vered and is now willing to donate blood to help treat patients). 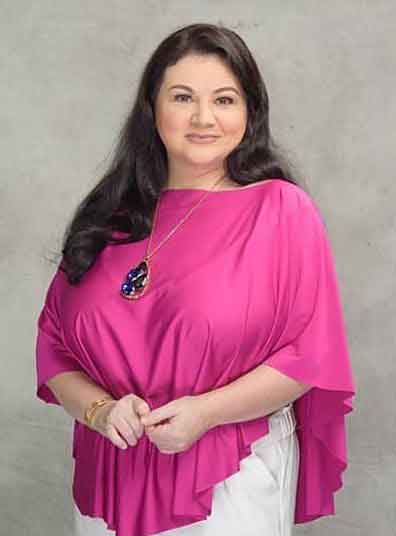 This must have been where Roces — Solis’ erstwhile artist — gave her two cents in defense of Nora. Solis, however, admonished her unnamed subject to simply keep her thoughts to herself as these hardly mattered.

It is no surprise if bad blood still exists between the two feisty May-born women (whose birthdays are only days apart) as Lolit and Rosanna exchanged bitter goodbyes back in 2004, even if they hosted the same program (“Startalk” on GMA).

It also doesn’t come as a puzzlement if Rosanna had shown concern for Christopher’s health bulletin as much as she had expressed dismay over Lolit’s “Nora joke.” Rosanna had the privilege to work with both Nora and Christopher in two important times in her career, separately and together: then as a sexy star in the film “Katawan” in 1999 and as an acknowledged actress in TV5’s mini-series “Sa Ngalan ng Ina” in 2011.

Rosanna even took pride in being Nora’s personal choice to play Christopher’s wife in Sa Ngalan ng Ina. Even as a self-confessed fan of Vilma Santos, Rosanna could only utter words of praise for Nora’s brand of acting most especially her motherly traits she could relate to being a mother herself.

So who else could Solis have described her anonymous subject as “laos na bold star?”

GUESS WHO? These two gorgeous actresses (GAs) differ in the way they swoop down on a store abroad whose owners are generous Filipinos who delight in seeing local celebrities.

We’re not talking here of big discounts but assorted giveaways as “pasalubongs.”

Once before taking their flight back home, the GAs found time to stop by the store with a common friend (CF) in tow.

Overjoyed by the binge, the GA2 and the CF hauled whatever stuff they could while the GA1 simply looked on.

GA1: It’s alright. Anyway, I don’t have anyone to give them to.