The truth about POGO: A primer

IN 2016, the Philippine Amusement and Gaming Corporation (Pagcor) took bolder steps to enforce stricter gaming regulatory policies in its aim to curtail the proliferation of illegal online gaming activities and to ensure that they are properly regulated. These online gaming operations, as was later discovered, have existed since 2003, almost 13 years before the current administration took over. They were illegally employing approximately 80,000 overseas workers.

To safeguard the welfare of Filipinos and at the same time meet the agency’s revenue targets to help fund the government’s nation-building programs and socio-civic projects, Pagcor took over the licensing of Philippine offshore gaming operators (POGOs) in 2016.

Prior to Pagcor’s take over, majority of the online gaming operations in the country were illegal with the legal operations contributing only very minimal income for the coffers of the government. A big chunk of the rightful income and taxes for the country were being funneled by these illegal operators to the pockets of corrupt individuals, who agreed to turn a blind eye to their illegal activities.

The worldwide web has dramatically opened the doors to online transactions. Because of its offer of convenience and accessibility, online transactions have been offered to and accepted by industries in order not to be left out by their competition. Online shopping, online banking, online booking and online food deliveries are now a part of daily life. The POGO is no different. It is basically online gaming, which allows consumers to play casino games without being physically present in a casino. However, the peculiar feature of POGOs is that they only allow foreigners, who are based abroad, to play. Betting and payouts can only be made overseas, using electronic transactions through financial institutions. This feature was purposely adopted by Pagcor to ensure that gamblers and gambling are not within our soil; thereby, protecting Filipinos and our society from the effects of problematic gambling and potential money laundering. POGOs should not be confused with cryptocurrency operators.

What are POGO service providers? 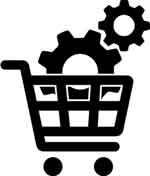 POGO service providers are corporations, which are registered in the Philippines, that provide support to the activities of licensed operators in various areas of application, including customer relations, strategic support, IT support, gaming software platform providers and live studio and streaming providers. They are classified under business process outsourcing (BPO). 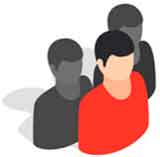 Who are allowed to play?

Authorized players of these offshore gaming offerings must be foreigners based in another country. Foreign nationals who are staying in the Philippines and Filipinos residing abroad are not allowed to take part in the online gaming activity. Likewise, individuals who are under 21 years old are not allowed to play.

What POGO is not

POGO is NOT prostitution.

Earlier this year, Senate hearings have linked prostitution to POGOs as they allegedly brought an influx of Chinese workers and, apparently, along with came sex workers.

However, these hearings did not address the deeper issues behind prostitution in the Philippines. To begin with, the hearings didn’t even touch upon the prostitution of Filipinos, whether to other nationalities or to fellow Filipinos. The number of Filipino prostitutes is approximated at 800,000, including 100,000 children, according to the United Nations Children’s Fund. This figure translates to more than 5 million or 19% of Filipinos patronizing prostitution. It is estimated that the sex industry in the Philippines generates US$6 billion. 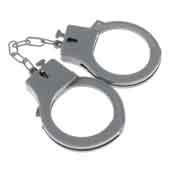 POGO is NOT criminality.

Pagcor is working closely with the Chinese embassy in the Philippines regarding the crackdown on Chinese nationals with criminal records and yet are working or doing business illegally in the country.

Since January 15, at least 2,000 or 3 percent of Chinese nationals, who were illegally working for POGOs and in other fraudulent offshore operations, have been repatriated to their country. Pagcor will also continue to cooperate closely with the Chinese embassy and other law enforcement agencies to help arrest illegal aliens and penalize employers who are coddling fugitives from other countries.

Whether they be workers or tourists from China or other nations, foreigners are the favorite victims of criminal elements in our society because they are a vulnerable sector of our community. Let us not blame the victims; let us hunt the criminals. 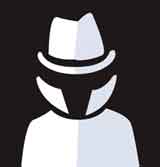 POGO is NOT a spy network.

Recently, Senate hearings revealed information that approximately 2,000 to 3,000 members of China’s People’s Liberation Army were in the Philippines. However, it was brought up that while the source was reliable, the information itself was unverified.

Upon checking with the Bureau of Immigration, the Philippine consulate in China and a number of law enforcement agencies, Pagcor was unable to uncover any supporting evidence for the alleged report. There was no record of any member of the Red Army entering the Philippines for immersion in the country.

How do POGOs benefit the Philippine economy? 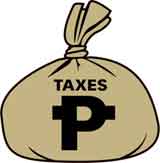 Increased revenues for the government

Since over 50 percent of Pagcor’s total gaming revenue is remitted to the national government and other mandated beneficiaries, the state-run gaming firm can generate more revenue for its various nation-building projects such as provision of better health services for indigent Filipinos and relief response to communities in times of calamities, among other notable endeavors that will help uplift the lives of marginalized Filipinos.

Prior to Pagcor’s issuance of POGO licenses, most online gaming operators, which were operating under the licenses issued by the Economic Zone Authorities, were only remitting, more or less, P56 million a year to the national government. In some years, some POGOs remitted nothing.

Under Pagcor’s regulatory requirement, all POGO licensees must remit 2 percent of their gross gaming revenues as regulatory fees. Because of proper regulations in place, income from POGO operations showed steady growth through the years. From P73.72 million in 2016, revenue from POGOs increased significantly in 2017 to P3.12 billion; in 2018, P6.11 billion; and in 2019, P5.73 billion. In the first quarter of 2020, POGOs already contributed P1.8 billion in regulatory fees alone.

Also, from 2016 to March 2020, revenue collected from POGOs – including application, processing and regulatory fees – already amounted to P20.83 billion. These were over and above the other fees and taxes imposed by other agencies such as the Bureau of Internal Revenue (BIR), for their corporate taxes and the employees’ income tax; the Bureau of Immigration (BI), for their visa fees; the local government units for their local taxes; and such other taxes and fees imposed by other agencies.

Likewise, POGOs create ripples in economic activity such as in the real estate industry, which has earned approximately P25 billion on leaseholds and rentals alone as POGOs occupy 1,000,000 sqm of office space.

Over and above the mandatory fees, POGOs recently donated P150 million worth of relief goods and medical supplies to augment government’s efforts in fighting the present Covid-19 pandemic. 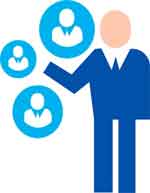 There is a misconception that POGOs mainly employ foreign nationals. While POGOs cater to foreign customers and employ foreign customer service representatives, who could effectively address client concerns, other areas such as IT Support, Live Studio and Gaming Platform Providers employ local workers. Currently, there are 31,556 Filipinos employed in POGOs. This number does not include employees in ancillary industries such as real estate, transportation and retail.

Employment of Filipinos in POGOs will continue to rise as more and more Filipinos are able to learn and qualify for the jobs offered in this industry.

As for foreigners presently employed by POGOs, these employees are now being required to undergo mandatory courses for them to learn the laws and proper behaviour while in the Philippines.

Can POGOs be manipulated into money laundering?

The POGO operation is not an attractive venue to launder dirty money due to the absence of cash transaction. All players and their betting history are recorded in the operator’s database. Furthermore, bets are small. It must also be remembered that no betting occurs in the Philippines as bets are done offshore.

Also, all POGOs are required to be registered with the Anti-Money Laundering Council as persons covered under Republic Act 10927. The registration procedures include submitting all documents relevant to their corporation’s structure.

The influx of Chinese nationals seeking to work in the Philippines has been repeatedly sensationalized. However, as regards legal POGO workers, Pagcor closely monitors the arrival of foreign POGO workers in the country through the issuance of an Offshore Gaming Employment License (OGEL), a pre-employment and continuing requirement for employment.

The overcome the stigma caused by the lack of familiarity of foreign workers with the local culture and sensibilities, Pagcor is now in the process of accrediting learning institutions to offer the necessary courses to the offshore workers.

The Pagcor management has, likewise, endorsed the establishment of POGO hubs. These are one-stop-shop venues that will cater to the office and residential needs of foreign POGO workers while ensuring their safety and security as well as living conveniences.

POGO and gaming in general

Pagcor believes that all forms of gaming have a corresponding social cost. Therefore, while casino gaming is the main focus of offshore gaming and falls within the regulatory powers of Pagcor, the other components of POGO operations entail activities that are also subject to regulation by other concerned agencies such as the Department of Labor and Employment, BI, Department of Justice, Philippine National Police, National Bureau of Investigation, Securities and Exchange Commission and BIR.

Pagcor believes that while gaming contributes significantly to government revenue, it must not be used as a vehicle for abuse and social injustice. As the country’s gaming regulator, the government-owned and controlled corporation ensures that the local gaming industry will not only maintain the integrity of its operations but also protect the well-being of Filipinos. After all, the very reason of Pagcor’s existence is to ensure that with proper regulatory measures, the benefits of gaming will be greater than its social costs.