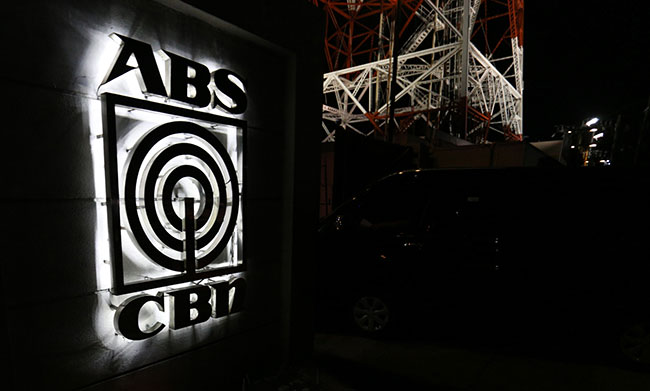 The legislative franchise panel of the House of Representatives has ordered the National Telecommunications Commission (NTC) to explain why it should not be held in contempt for shutting down the operations of media giant ABS-CBN Corp.

The order dated May 5 and signed by committee chairman Franz Alvarez was served through email on Monday. The panel gave the commission 72 hours to comply with the order.

The order noted that the NTC went against its assurance that it would allow the continuous operations of the network until the House decides on the franchise renewal bills. The NTC issued a cease and desist order (CDO) against ABS-CBN on May 5.

The committee maintained that the issuance of a provisional authority was consistent with precedents and practice as well as with the position of the Department of Justice.

“The act of the NTC constitutes undue interference on and disobedience to the exercise of power of the House of Representatives, and therefore, an affront to its dignity and an inexcusable disrespect of its authority,” it said.

Also on Monday, the Senate adopted a resolution urging the NTC to reconsider its closure order against ABS-CBN Corp.

Drilon, Pangilnan, de Lima and Hontiveros belong to the minority bloc while the rest are members of the majority group.

“Now more than ever, in the middle of the biggest public health crisis of our generation, the Filipino people deserve access to up-to-date news provided by a free and unfettered media, and multiple sources of information provide the best pathways for truth to emerge,” the 12 senators said in filing the resolution.

“We are in the middle of an unprecedented [coronavirus disease 2019] pandemic. Access to accurate and up-to-date information is absolutely crucial in ensuring that the public is a partner in health-enhancing community measures,” Hontiveros said in sponsoring Senate Resolution (SR) 395.

On March 4, the senators adopted SR 344 expressing the sense of the Senate to authorize the NTC to issue a provisional authority to the network.

Meanwhile, former Information and Communications Technology secretary Rodolfo Salalima said the NTC’s order was void and had no legal effect.

“The CDO simply does not have the force of law,” he said.

“Assuming arguendo that the CDO is correct based on substantive law, the CDO is illegal and void because it was issued without ABS-CBN being heard on the legal issue thereon related to its Congressional Franchise in violation of that company’s constitutional right to procedural due process of law,” the former DICT secretary wrote. “According to the Deputy Commissioner-spokesperson [Edgardo Cabarios] of the NTC, the CDO was issued because of a legal issue raised in regard [to] ABS-CBN Congressional Franchise, particularly its expiration on May 5th.”

“In the process of denying ABS-CBN PROCEDURAL due process with supersonic speed, the NTC, in issuing its void CDO likewise seriously violated its own 2006 Rules of Practice and Procedure, particularly Section 4 (Part 3, Rule 10) thereof re: Issuance of Show Cause Order and Prior Hearing before Issuance of a Cease and Desist Order,” Salalima added.

He also criticized the House of Representatives for failing to act on the franchise bills.

“The ultimate responsibility and fault lie on Congress, particularly the Leadership of the House of Representatives, constitutionally vested with THE exclusive plenary jurisdiction and power to hear and grant applications for franchises or extensions thereof, for temporizing on ABS-CBN’s application for the extension of its franchise seasonably filed in 2016 yet,” he wrote. “For Congressional non-action, public service and freedom of expression were thus sacrificed via a void legal technicality. Non-action is the worst form of delay. Because it leaves the aggrieved without clear and speedy recourse.”

With reports from  BERNADETTE TAMAYO WITH ARIC JOHN SY CUA