OFWs can leave for abroad, but health workers can’t

The government has once again allowed the deployment of overseas Filipino workers (OFWs), except those who are health care professionals. 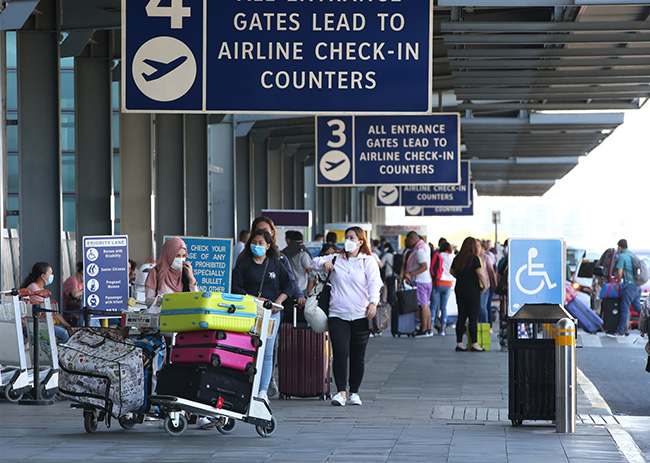 Palace spokesman Harry Roque announced on Thursday that land-based or sea-based workers could seek employment abroad so long as they sign a declaration acknowledging the risks they would be facing.

The policy came as most of the country prepares to shift to a more relaxed quarantine on Saturday.

The exemptions are Metro Manila, Laguna province and Cebu City, which have been placed under modified enhanced community quarantine (MECQ).

Government offices and agencies involved in the processing of OFW deployment were directed to establish “green lanes” to enable prompt processing and deployment, he added.

Last month, the POEA banned medical workers from working overseas because of the coronavirus emergency. But the coronavirus task force revised the guidelines following opposition from migrant workers and some government offic ials.

Doctors, nurses and other health care professionals with signed overseas employment contracts as of last March 8 have since been allowed to return to their jobs.

Last week, President Rodrigo Duterte said he would discuss with Justice Secretary Menardo Guevarra the legality of stopping health workers from leaving since he was concerned about their health and safety.

Out of the 11,618 confirmed cases of coronavirus in the Philippines, more than 2,000 are health care workers, while 35 died from the disease as of May 12.