The Supreme Court (SC) on Tuesday junked the quo warranto petition filed against ABS-CBN Corp. by the Office of the Solicitor General (OSG) for being moot. 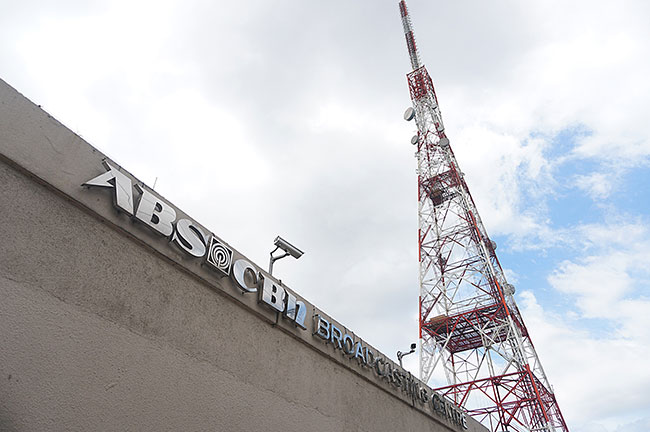 The justices unanimously voted to throw out the petition filed by Solicitor General Jose Calida during deliberations led by Chief Justice Diosdado Peralta.

Brian Keith Hosaka, the court’s Public Information Office chief, confirmed that the case had been dismissed.

“The SC ruled that there is no more justiciable controversy to discuss and it is now moot and academic,” Osaka said.

But the tribunal did not touch the issues on the case of ABS-CBN Convergence Inc.; thus, it remains active.

“I was able to confirm with Chief Justice Peralta that the Supreme Court dismissed today during their en banc meeting on the quo warranto petition (GR 251358) filed by the Solicitor General against ABS-CBN Corp. on the ground of mootness. However, the case against respondent ABS-CBN Convergence Inc., remains pending,” Hosaka said.

The quo warranto petition filed by Calida questioned the ownership of the network and transfer of shares. The solicitor general said legislative franchises were a special privilege granted by the State and could be revoked any time for just cause.

The OSG claimed that the network violated the law when it transferred shares to ABS-CBN Holdings Corp., which in turn issued financial securities in the form of Philippine Depositary Receipts (PDRs) to foreigners.

Under the law, media entities should be owned by natural-born Filipinos, and PDRs should be sold only to Filipinos, the OSG said.

ABS-CBN Corp. Chairman Emeritus Eugenio Gabriel “Gabby” Lopez 3rd had insisted that he is a Filipino. He admitted to having asked the Department of Justice to recognize his Filipino citizenship because he was born in the United States.

The Manila Times obtained documents from the Bureau of Immigration attesting that Lopez never considered his US citizenship a legal impediment to his taking charge of a media entity.

The OSG also claimed that ABS-CBN Corp. “violated the terms of its franchise by offering Pay-Per-View Channels via TV Plus,” which is supposed to be used for free by the public.

The network’s franchise lapsed in May.

Meanwhile, the House of Representatives canceled hearings on bills that seek to grant a new franchise to ABS-CBN despite calls to decide on the issue.

The hearings were suspended to allow all parties time to submit documents being requested by the joint-committee hearing the franchise, Good Government and Public Accountability Chairman Jose Antonio Sy-Alvarado said.

Hearings on ABS-CBN were scheduled on Tuesday and Wednesday to tackle the alleged violations of the network’s franchise including the use of multiple channels, TV Plus boxes and pay-per-view offerings.

“We leave it to the solicitor general to decide on his next legal steps. On the issue of renewal of ABS-CBN franchise, we consider this a prerogative of Congress, which is presently deliberating on the matter,” Palace spokesman Harry Roque Jr. said.