THE Duterte administration will not abandon its claim over Sabah, Foreign Affairs Secretary Teodoro Locsin Jr. stressed on Thursday. 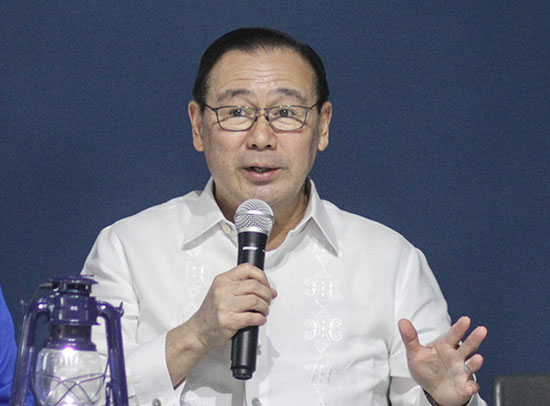 Locsin made the remark after Malaysian Foreign Minister Hishammudin Hussein objected to Locsin’s admonition of the United States Embassy for indicating that Sabah is in Malaysia.

The embassy had announced it donated 500 hygiene kits “for the 395 returning Filipino repatriates from Sabah, Malaysia.”

Sabah was part of the Sultanate of Sulu. In the 18th century the British North Borneo Co. rented it from the Sultan of Sulu. Malaysia annexed it but continued to pay rent.

Malaysia stopped paying rent when the sultan asked that the rent be raised and when the Sabah territorial issue was revived. The residents of Sabah decided to join Malaysia in 1963, and it became one of that country’s 13 states.

Locsin on Twitter said Hussein summoned Philippine Ambassador to Malaysia Charles Jose over his tweet chiding the US embassy.

“He was already summoned. It was about to happen. They are always trying to sneak in an attempt to implicitly abandon our claim. But I warned our diplomats. Never,” Locsin said.

In a tit for tat move, Locsin summoned the Malaysian Ambassador to the Philippines Norman Muhamad.

“We have and continue to assert our rights in the Spratlys/WPS (West Philippine Sea). I am doing that with regard to Sabah. There have been repeated attempts to sell that claim but no Philippine president has succumbed,” Locsin said.

He added: “No country can tell another what it can and cannot say about what the latter regards as rightfully its own. I don’t insist China say only what we want to hear about the Arbitral Award. It is free to say what it wants while we say and do what needs doing. That holds for Sabah.”

Locsin on Monday bluntly told the US embassy: “Sabah is not in Malaysia …You better edit that announcement if you know what’s good for you.”

The US embassy did not take down its tweet.

In a July 29 tweet, Hussein described Locsin’s jibe at the US embassy as “an irresponsible statement that affects bilateral ties.” He said the Malaysian Foreign Ministry “will summon the Philippines Ambassador on Monday to explain. Sabah is, and will always be, part of Malaysia.”

The next day, Locsin replied: “You summoned our ambassador for a historically factual statement I made: that Malaysia tried to derail the Arbitral Award. This was reported to us by our diplomats on the scene and our German lawyer. None may share our Hague victory who worked against it.”

Despite the verbal dispute, the Philippines will maintain “healthy” diplomatic relations with Malaysia, as it upholds its claim over the disputed Sabah, Malacañang said on Thursday.

“Sabah was given to us by our brothers and sisters from Brunei. It was given to the Sultanate of Sulu who was assigned to the Republic of the Philippines but we recognize that this matter should not affect our ongoing bilateral ties with Malaysia,” Roque said during a virtual press briefing.

Before assuming the presidency, then Davao City mayor Rodrigo Duterte said the Philippines under his administration would pursue its Sabah claim “but only by peaceful means,” since “we don’t have the luxury of getting in trouble, we cannot afford it.”

In November 2016, Duterte and then Malaysian Prime Minister Najib Razak agreed to set aside the dispute.