The International Transport Workers Federation (ITF) said the global maritime industry continued to deal with crew change problems and has renewed calls for the government to ensure that the airline industry remains open to carry seafarers for their deployment. 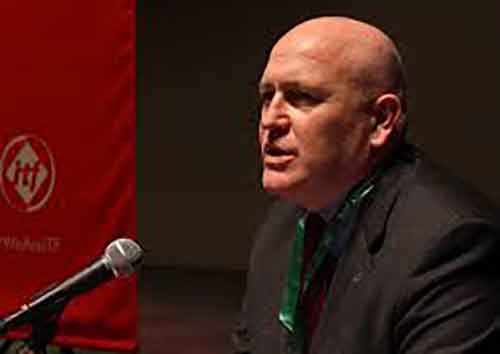 ITF General Secretary Stephen Cotton said the “most difficult challenge faced by the world’s seafarers, particularly Filipino seafarers, was the scarcity of flights to and from ports.

“With this in mind, as part of our engagement with social partners representing the civil aviation industry, we reached out to airlines with global networks. The interim establishment of humanitarian shuttle flights to and from these airports would substantially increase capacity to allow for crew changes,” he added.

“We are pleased to advise that Qatar Airways has signaled the intention to deploy a regular number of daily flights in and out of Manila, Cebu City and Clark international airports to Doha, provided that the Government of the Philippines agrees with the initiative,” he said.

Fathi Atti, senior vice president for Aeropolitical and Corporate Affairs of Qatar Airways, said Qatar Airways could provide the appropriate number of daily flights, as many as three per day, and ensure that they can tackle the backlog in a realistic time frame.

“However, this arrangement would be outside of the usual bilateral framework and would require the express approval of your government,” he added.

Currently, Qatar Airways has nine weekly flights to Manila, one flight to Clark, and has relaunched its flights to Cebu on July 24, flying three times a week.

The ITF, together with the ship-owners were ready to collaborate with the government should it agree with the proposal. They vowed to cooperate with the government in ensuring that the testing procedures were in place, by providing sufficient tests and facilities. They would also establish an appropriate ground transportation environment for seafarers for safe transport from their homes to testing facilities and then to the airports.

ITF said these two safety measures involved logistical and economic challenges, thus the need for cooperation with the government officials in putting -up an interim procedure to constructively resolve this challenging situation.

“We would also welcome a discussion about the current cap imposed on incoming passengers to the Manila airport and the possibility of establishing necessary air corridors to allow for dedicated repatriation and deployment flights,” Cotton said.

“We kindly urge your government to consider the above proposal to expedite decision-making and encourage us to work with your colleagues in the government to resolve a situation that is reaching a critical stage, with human and financial consequences both for the seafarers, the shipping industry, and the economy of the Philippines,” he added.

Michael Mendoza, President of the Associated Philippine Seafarer Union (APSU) said they have committed to work with the government in exploring solutions on the crew change issue.

“We genuinely believe that cooperation between the various social partners is the only way to highlight the importance of allowing for safe crew changes -and to convince governments to treat seafarers as key workers, giving them the entitlement to move freely across borders,” Mendoza said.

Conrad Oca, first vice-chairman of ITF Seafarers’ Section and President of the Associated Marine Officers’ and Seamen’s Union of the Philippines (AMOSUP) said through years of professionalism, commitment, and determination, Filipino seafarers have earned a stellar reputation in the industry, something the Philippines should be proud of.

“We take this opportunity to, again, express our gratitude on behalf of the seafarers and trust that the government would continue to play its crucial role to ensure that Filipino seafarers remain the industry’s first choice onboard commercial ships,” Oca said.