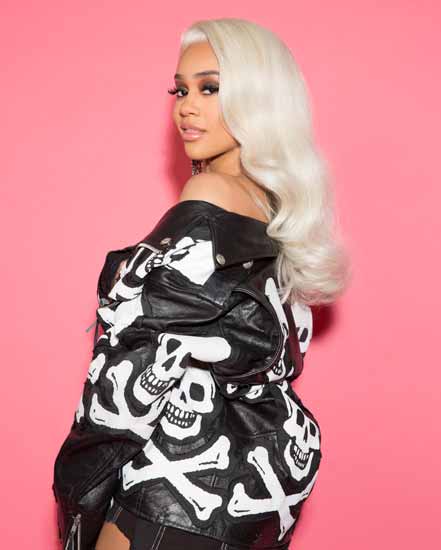 After Bruno Mars, Nicole Scherzinger, Apl.de.ap, Vanessa Hudgens, Darren Criss, Arnel Pineda and the artist formerly known as Charice made Filipinos proud when they broke through the competitive American and international music scenes, another half-Filipina artist is currently making waves stateside in hip hop music. Her name is Saweetie and she’s a multi-platinum selling rapper. 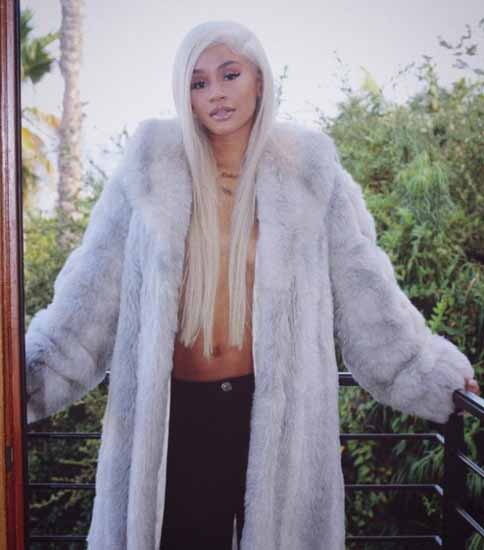 ‘It’s important for me as an artist to make a difference in my community — with the Black community and the Filipino community.’

Moreover, she already has a 2020 BET Awards nomination for “Best Female Hip Hop Artist” to her name despite going into the mere second year of her career.

With her dreams practically happening in fast forward, the burgeoning star told The Sunday Times Magazine she is getting ready for her most personal project, via her third EP “Pretty Bitch Music.” Already dropping the first two singles, “Tap In” in June and “Pretty Bitch Freestyle” last July, she reportedly features Tagalog lyrics in this album.

“Pretty Bitch Music is definitely a loaded question doesn’t it?” she giggled. “Because in letting me [feel] pretty, I’m giving pretty — its definition and its feeling — back to my fans.”

The deep thinking young woman continued, “I feel like being pretty is more than [just] face value. It’s confidence, it’s energy, it’s swag. You can be a cute girl with no pretty energy because of attitude, so, I definitely feel like its energy.”

Expounding on her choice of an invective for a second word, Saweetie laughingly shared, “Growing up, I love some plats [parties]. So when I say ‘bitch,’ it’s an acronym. It means (B)oss, (I)ndependent, (T)ough, (C)EO, and — I’m from the Bay so — (H) means Hyphy, which [then] means turning up and having a great time.”

In the rest of this exclusive interview with The Sunday Times Magazine, find out more about this rising star — how Saweetie got her music name; her new singles and passion for music; on being both African American and Filipina; discrimination; and even what her Filipino fans have come to call her.

How are you and how are you coping with this pandemic?

I’m good. I’m currently quarantined in LA. I’m a house buddy — I love being at home so I’m having a good time.

How did you come up with your music name Saweetie?

My grandmother named me Saweetie. That’s what I got it from.

Being both African-American and Filipina, how do you think these cultures shaped your music or influenced you in your sound?

I feel like they are great shapers and that I have the best of both worlds — Black and Asian. So I’ma keep looking like this for a really long time!

Tell us more about your latest single, “Pretty Bitch Freestyle.”

I’ve released two singles within the past month actually — “Tap In” and Pretty Bitch Freestyle. [They’re both] all about just celebrating life, having a good time, and getting to the bad because I love to empower independent woman who all get that old money. I definitely feel like that’s the sentiment of both records.

Tap In is more than a twerking song [though]. It’s more than just a party song because you can tap in to fashion, culture, beauty, social issues and voting. Because it’s important for me as an artist to make a difference in my community — both the Black community and the Filipino community.

How do you put a song together?

I actually write the best in the car! In the studio, I feel like there’s a lot of pressure. I really feel like I’m able to write my best when I’m driving in the car.

Do you prefer collaborating on songs or writing alone?

Your songs have earned hundreds of millions of streams. How does that make you feel?

It makes me feel like I’m on my way to being a mega star! (Laughs)

Your single “My Type” even amassed nearly five billion streams. Does this kind of success put the pressure on you that you always have to outdo your last one?

Definitely and I feel like it’s a challenge I love taking on because I’m very competitive. I grew up playing sports so I’ve always had that competitive nature.

What is music to you?

Music is therapy. It is a good time. It’s a message. When I’m recording, I wait for this next project that is coming up; I always record with intent.

Who are your musical influences?

Growing up, I had a lot. My mom listens to a lot of Tupac, Lil Kim, Foxy Brown and my personal favorite was Aaliyah. I love the tomboy swag and I love how built she was by just being herself. So, those are definitely names that played throughout my house when I was a little girl.

Which artists would you like to collaborate with in the future?

I would love to collaborate with Rihanna. She is such a blueprint for being a minority who has beaten the odds; who has super ceded glass ceilings. She’s sly. She makes great music and I love the way she dresses, so definitely Rihanna.

Apparently, you’ve also created your #girlboss brand with a slew of business ventures. Being a college graduate and an artist, how important is it for personalities like you to give education and, later, business ventures importance?

I feel that it’s very important to invest your earnings into both because education, health and being wise are priceless. It’s important for people who get money to make their money [grow] bigger. I definitely believe in those two streams of investments.

As an advocate of women empowerment, how important do you think it is for artists to take up a cause?

I think it’s important to believe in something because if you don’t believe in anything, like they’ll say you’ll fall for anything. Like when I’m coming out with my new charity, which I just filed papers for that stand for education for single mothers, for minorities and for autistic children. I think it is important to stand up for something because the people who are listening to your music deal with these issues so that’s probably my way of giving back.

With “Black Lives Matter” a very critical movement in America today, have you ever experienced discrimination whether as a regular citizen or as an artist because of your race? If so, how did you deal with it?

Yeah. When I was a little girl, my mom moved [us] to a privileged and nice area. I remember I had a really good homework about sea animals. My teacher who was a Caucasian woman asked me if I wrote the paper or if my mother wrote it. As a young child, I thought it was [a] normal [question] but it wasn’t normal. She was basically saying that I wasn’t smart enough to write my own paper.

So at a really young age I experienced being profiled because of my skin color and because of my background, which is why I feel like it is important for me as an artist to speak up so that these things will not happen to [today’s] children.

To wrap up, do you have a message for your Filipino fans?

Mahal kita. I love you guys so much. I love it when you guys call me ‘Ate Icy;’ it just makes my heart so warm. I’m really so excited to represent Filipino culture.