This week’s showbiz round up

Just like many industries, show business is learning to live with the Co­vid-19 pandemic and getting back on its feet. From the whirl of announcements this week coming from networks, producers and the artist themselves, it looks like the public is in for good entertainment as we all earnestly await a vaccine.

So let’s get started with what you couch potatoes need to know.

Some of the biggest stars of ABS-CBN have finally come out of quarantine with the decision to move on with their respective careers. Among them are the likes of Piolo Pascual, Korina Sanchez, Maja Salvador, Sue Ramirez, Dimples Romana, Alex Gonzaga and Catriona Gray.

And it’s all thanks to former congressman Albee Benitez who has magnanimously decided to go full blast with his production company Brightlight Productions, which erstwhile dabbled in moviemaking.

Says the billionaire businessman — who very much enjoys witnessing the creative process of bringing a story to both the big and small screens — he is eager to help the industry where he has many good friends to get back on its feet again. And by the way, don’t start thinking Cong. Albee intends to build his own stable of stars because he is very earnest in lending a helping hand to rectify partisan systems in showbiz as a whole in reaching its full potential.

“It’s time that all of us should work together,” TV5’s newest blocktime producer declared on Zoom this week. “Right now, I don’t think there should be a network war so that stars will have the flexibility to take on work where it is available. I believe this should be the landscape moving forward.”

Next week, the T-Zone will have the opportunity to sit down with Cong. Albee to pick his whiz of a business mind on what sure fire direction the industry should take given the heavy blow it took over the last months. But for now here’s the list of shows he’s all set to premiere on TV5.

With the avalanche of erstwhile ABS-CBN on TV5, the Kapamilya Network has no intentions of slowing down with its continued release of original teleseryes to show across its cable TV channels, streaming platforms and week-old presence on free TV channel A2Z 11 (formerly Zoe TV). 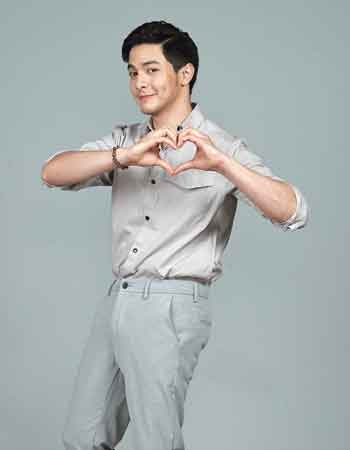 In a statement sent to The Manila Times Entertainment, GMA promises for the concert to be “a virtual date like no other” by combining “cutting-edge technology and performances to produce a full-length concert and online interaction.”

The statement continues, “Alden will take concertgoers to a journey that celebrates his 10 colorful years in the entertainment industry. From heartfelt songs to adrenaline-filled dance numbers, Alden is sure to indulge everyone across the globe in his first ever virtual concert. A surprise treat also awaits his fans.”

VIP packages bought over www.gmanetwork.com/synergy include one general admission ticket plus one exclusive VR device to the reality show. While regular ticket holders will see the entire show with their code, those with VR devices are meant to “take the concertgoer to another level enjoyment” come the big night. Let’s wait and see for now what all of this will come to, but all the same, congratulations Alden for another major project.