An effective Covid-19 vaccine: Will you or will you not take it?

A NEW study reveals that a large percentage of people globally are hesitant to take a Covid-19 vaccine if and when it is made available.

In June 2020, researchers from the Barcelona Institute for Global Health (ISGlobal) conducted a survey in 19 countries that have been hard-hit by the virus to determine potential acceptance rates and factors influencing acceptance of a Covid-19 vaccine. The results of the study that were released at the recent virtual 51st Union World Conference on Lung Health, show that less than 50 percent of the respondents were totally agreeable to take a “proven, safe and effective vaccine.”

The investigators found that only 47 percent were very likely to take the vaccine, while 25 percent were somewhat likely. Of the remaining 28 percent, 14 percent would hesitate, while 14 percent would refuse to take it, if and when it was available. This indicates that there are tens of millions of potential vaccine avoiders. 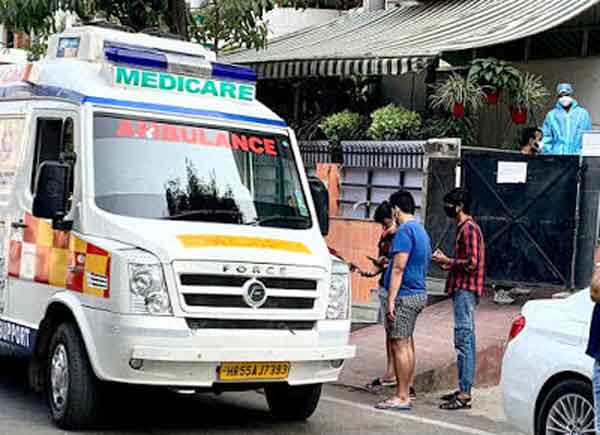 “We found that the problem of vaccine hesitancy is strongly related to a lack of trust in government. Vaccine confidence was invariably higher in countries where trust was higher,” said the study coordinator Dr Jeffrey Lazarus.

This far-from-universal willingness to accept a Covid-19 vaccine is a cause for concern. Countries where acceptance exceeded 80 percent tended to be Asian nations with strong trust in central governments (China, South Korea and Singapore).

Elsewhere in Asia, 74 percent of Indian respondents gave a positive response, although only 44 percent were totally agreeable, while 11 percent gave a negative response.

Another point that came out very strongly was that most respondents said that they would be less likely to accept a Covid-19 vaccine if it were mandated by their employers. This finding across all countries, with both high and low reported vaccine acceptance, suggests that promoting voluntary acceptance is a better option for employers. A careful balance is required between educating the public about the necessity for universal vaccine coverage and avoiding any coercion.

Unless and until the reasons for such wide variations in willingness to accept a Covid-19 vaccine are better understood and addressed, differences in vaccine coverage between countries could potentially delay global control of the pandemic.

According to the World Health Organization (WHO), there are currently 10 Covid-19 candidate vaccines in phase 3 of human clinical studies. In addition to addressing the formidable challenges of developing a safe and effective vaccine, producing it on a large scale, and distributing it equitably, health authorities will also have to build vaccine literacy so that the public will accept immunization when appropriate.

The accelerated pace of vaccine development has further added to public anxieties. Some governments seem to be in a hurry to have a vaccine ready at the earliest to gain political mileage. They have been making false claims of launching a vaccine by an unrealistic early date, on the basis of very limited data even though clinical studies are far from over. This has further eroded public confidence.

Transparent, evidence-informed policy and clear, accurate communication is needed at all levels. Instilling public confidence in vaccine safety and effectiveness, as well as in the importance of practicing infection control, is important. Credible health communication is vital in influencing positive health behavior and encouraging people to follow Covid-19 control measures — like wearing a face mask, practicing hand hygiene, maintaining physical distance — in their own interest. All these safety precautions seem to have taken a backseat in many countries. In India, with the opening of shops, hotels, bars, cinema halls and with the festive mood on, people seem to have thrown all caution to the wind and are reveling as if there is no tomorrow. Alas, there has been no tomorrow for 1,120,970 people globally and for 114,610 people in India as of Oct. 19, 2020, who succumbed to the virus.

We cannot and should not ignore basic infection control methods, even as the scientists burn the midnight oil to develop a vaccine for Covid-19. Ayman El-Mohandes, co-coordinator of the study has rightly pointed out, “We need to increase vaccine confidence, and we need to improve the public’s understanding of how they can help control the spread of Covid-19 in their families and their communities.”

Shobha Shukla is the founding managing editor of Citizen News Service (CNS) and is a feminist, health and development justice advocate. She is a former senior physics faculty of Loreto Convent College and current coordinator of the Asia Pacific Media Network to end TB and tobacco and prevent NCDs (Apcat Media). Follow her on Twitter @shobha1shukla or read her writings here www.bit.ly/ShobhaShukla)