This 31-year-old techie believes that the only way for the Philippines to move forward is to educate more professionals on financial literacy. With that goal in mind, he recently launched online business courses. 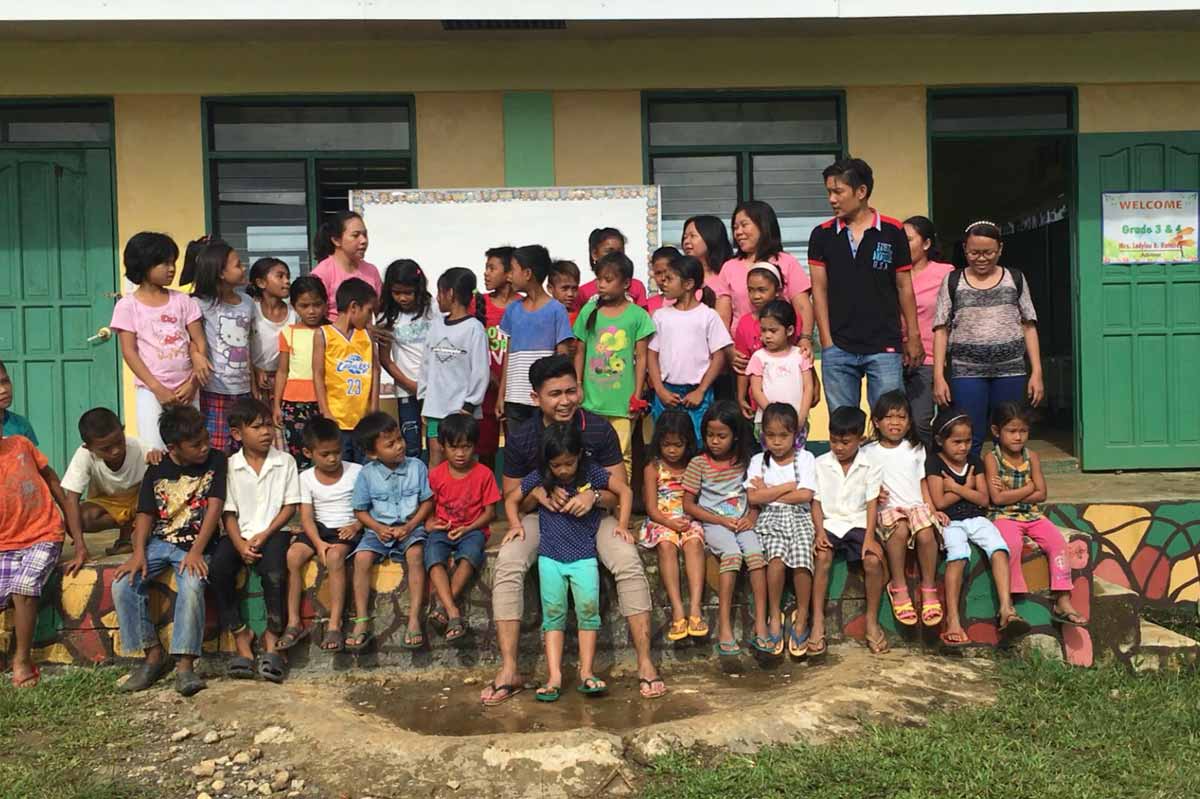 Mark (center, front row) with the young beneficiaries of the literacy projects he is actively involved in. CONTRIBUTED PHOTO

In grade school, Mark learned to create simple websites, having observed how the information technology (IT) in the computer shops went about it. “I would watch them when I ran out of money to play computer games,” he recalls. “I made friends with them and asked them to teach me, and they did.” This ignited a passion for technology in the young Mark.

A heavy workload at the Dumaguete Science High School, however, left little time for him to explore this area of interest further. In college, Mark pleaded with his mother to allow him take to pursue an IT course to no avail. He instead agreed to study accountancy and became a working student so he could afford to study at Silliman University in Dumaguete City.

After graduating, he went to Manila for the Certified Public Accountant (CPA) Board Review and look for employment. “I was determined to get a job even if I failed the boards, I actually passed the board on my first take.” he says. He first tried his hand at selling real estate and wound up in an insurance agency selling Insular Life products. Meanwhile, he had fallen in love with big city living and vowed that he would stay put.

He was hired by auditing company, SGV & Co. but stayed for only six months. “It just didn’t feel right,” Mark explains. “I wasn’t comfortable in an environment where ideas [about] how to run your own business and strategies were not discussed — these are the things that interested me.” Mark reveals that during his university days, he excelled in courses revolving around business strategies, economics and IT.

Despite the challenges that came with selling insurance, he returned to it, saying: “I treated it like a small business: I created a website and applied business and marketing strategies.” It wasn’t long before he joined the Million Dollar Round Table (MDRT), an association of the country’s top five percent of financial advisers.

At this time, Mark felt the tug of his first love — technology. “I had learned a lot about finance and investing through insurance. I felt like I wanted to start my own business.” he says.

It was serendipity then that Mark got the opportunity to start his own insurance agency. That company is now called Aetos Insurance Agency, managed by his wife, Mica, who was also an agent.

In March, Mark finally parlayed his childhood passion into Etousoft (“Easy-To-Use software”) Technologies, a company that creates software products to help businesses boost productivity among their employees. Its flagship product, which isn’t on the market yet, is branded Time In Pro. It acts as a timesheet for employees by monitoring their activity and taking screenshots of their computer screens every three minutes. With this tool, a manager can check if an employee is indeed working during the time they are logged in and what sites they visit.

“We use it too [in our companies], and it has dramatically improved our productivity,” Mark declares.

This 31-year-old techie also launched the “Finance PH Seminars,” which was born from a desire to educate entrepreneurs in financial literacy, as well as courses on on taxation and accounting. During the quarantine, face-to-face talks were converted into webinars. His reason for creating these online lectures is clear: “The only way for the Philippines to grow is if we develop better entrepreneurs. If there is an entrepreneur that can bring in money from outside the Philippines, then we will grow,” he says. “[My goal] is to create more jobs and [help] the country grow.”

The pandemic may have had no adverse effects on his companies, but Mark believes that it made him more forward-thinking. “I hired a chief strategy officer, an employee dedicated for the big picture, so that should any crisis like this happen again, we are ready.”

While Mark has streamlined his businesses to serve Filipino entrepreneurs, he also supports advocacies close to his heart. As the incumbent president of Rotary Club-Makati North, he has focused on literacy programs for public schools in Makati, beginning with Francisco Benitez Elementary School.

“When I have funds from the [insurance] company, I go back to the mountains [in Negros] and donate school supplies, books and money for repairs,” he says. “Literacy is so important to me.” He harks back to his college days as a student assistant in the library: “During lean hours, I would read books on motivation and success by Bryan Tracy and John Maxwell.”

Overseeing no less than three companies must take its toll, but Mark manages by holding a regular Thursday session with his employees where he teaches them how to deal with various situations, make decisions and solve problems. In this way, he is able to delegate tasks and create good quality leaders at the same time.

As a young father, Mark spends quality time with his wife and their eight-month-old daughter, by taking them on road trips. On normal days, we take vacations abroad but due to covid our movements are limited.

Current and aspiring entrepreneurs have this industrious Negrense to thank for a brighter outlook of their future.

I was an insurance agent.

About 15 minutes a day