1st of a series

ZAMBOANGA CITY: The Sulu province has flatly rejected the proposed extension of the interim Bangsamoro government for another three years, despite, or because, of its “failure” to uplift the living standard of Muslims in the volatile region. 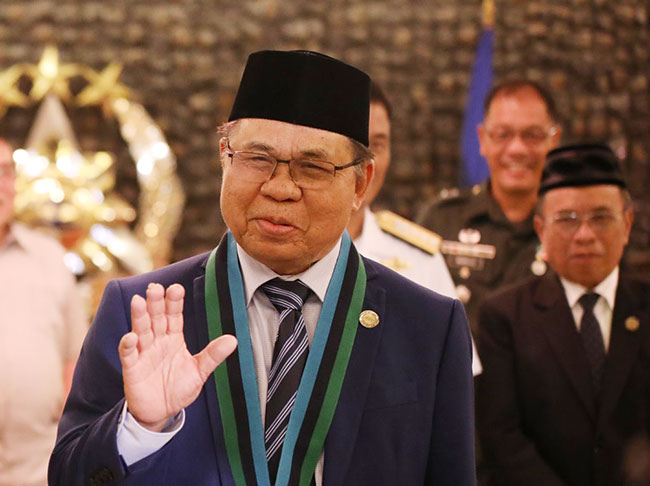 Former rebel chief-turned-politician Murad Ebrahim is pushing for the extension of the interim government after the recommendation of the peace advocacy group called Mindanao Peoples’ Caucus (MPC) to extend the transition period.

Ebrahim, now the chief minister of the Bangsamoro Autonomous Region in Muslim Mindanao (BARMM) and leader of the Moro Islamic Liberation Front and its armed wing, the Bangsamoro Islamic Armed Forces, said he is backing the MPC recommendation.

MPC’s recommendation is based on its so-called “rapid midterm review” on the Bangsamoro transition period.

A manifesto passed November 17 by the Sulu Provincial Board — after consultations with municipal mayors, peoples’ organizations and the public — said since its inception, the Bangsamoro Transition Authority (BTA), which constitutes the so-called Bangsamoro Parliament and the Regional Government, had not delivered even the most basic of government services as mandated to Sulu.

It said for almost two years, all it delivered were the retrenchment and separation from services of regional employees, causing a great distraught to the affected and their families.

And after almost two years, all they can afford to banner is but the passing of an Administrative Code while the administration of component localities, in particular, the insular provinces, were left to fend for themselves.

The manifesto also scored BARMM’s response to the Covid-19 pandemic in Sulu, saying it has been unsubstantial and wanting, almost negligible even.

To allow the extension of the transition period would be tantamount to escape judgment by the constituents of the BARMM on the performance of the latter vis-a-vis its capability to administer a region, it said.

It added that it would also be a blatant denial of the people’s constitutional right of suffrage, to which the Bangsamoro Organic Law has been incorporated into, thus requiring constitutional amendment or legislative intervention, failing which possible legal redress may be sought.

“[T]he region and the country in general, should be spared the humility and made a laughingstock for perpetuating the condescending brand of a failed experiment,” the manifesto reads,

“The question should be asked to those who are in the seat of authority in the BARMM on why are they so hesitant to submit themselves to an election when even before the transition they have repeatedly boasted of their readiness and preparedness to rule and govern; and how could they have the moral ascendancy to sit as an authority over a region when they are devoid of a mandate by the true will of the people, thereby casting doubts on their platform of so-called Moral Governance?”

It called on the Office of the President, House of Representatives and the Senate, and Constitutional Commissions and other concerned groupings and individuals and the BARMM general populace to disallow and deny all attempts and maneuvers to extend the tenure of the BTA.

It said that aspiring members of the Bangsamoro Parliament should be compelled to submit themselves before the true will of the people to legitimize their mandate through the electoral process as set and scheduled by the Constitution.